Hacienda Monasterio is an estate that lies between Pesquera and Valbueno del Duero. It was founded ...

Hacienda Monasterio is an estate that lies between Pesquera and Valbueno del Duero. It was founded in 1991 and since then Peter Sisseck (Dominio de Pingus) has been running the winery and the vineyards.

This Crianza is a fine example of the wines produced here, which perfectly integrate the powerfulness of the Ribera with the harmony and elegance pertaining to truly great wines. With its intense, complex nose, and showing fine balance on the palate with remarkable length, this wine will definitely not disappoint. 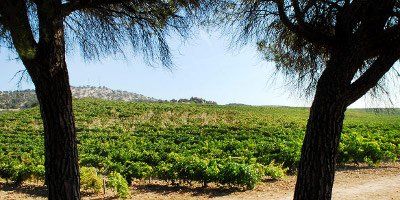 Hacienda Monasterio is a benchmark winery in the Ribera del Duero. If possessing the great Peter Sisseck (Dominio de Pingus) among its team of winemakers doesn't prove enough of an introduction, its wines receive praise year after year from Robert Parker's panel and a member of which has gone so far as to say that its entry wine is one of the Ribera del Duero's best wines. It shouldn't come as any surprise. Hacienda Monasterio amalgamates many merits to produce wines of th...

Alexander Vs The Ham Factory 2016