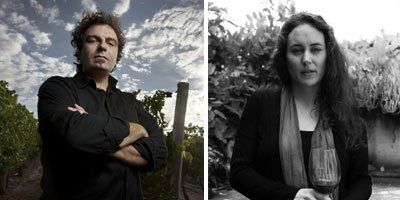 Argentina is sharply back in focus. It has tremendous potential and in recent years a new batch of young winemakers has been showing how much more there is to discover. The world of wine is evolving a...

Argentina is sharply back in focus. It has tremendous potential and in recent years a new batch of young winemakers has been showing how much more there is to discover. The world of wine is evolving and so too in this South American country, where one of the foremost figures answers to the name of Alejandro Vigil, the 'Elvis Presley of wines', 'wine's answer to Messi' or straight to the point and literally, 'the wine beast', although he prefers to describe himself as a simple vine grower and an ordinary wine consumer. Modest certainly, but definitely not mundane. Vigil is an avid reader, passionate about cooking and music (especially jazz and rock and roll), a lovely person, family man and good friend, and an energetic, creative and innovative genius, regarded today as one of the world's best winemakers. His exceptional qualities were noticed years ago by the great winery owner Nicolás Catena, who very quickly appointed him chief winemaker, Bodega Catena Zapata, and recognised by his youngest daughter, Adrianna Catena, with whom Vigil has been joint owner since 2006 of the Bodegas Aleanna project, producing the ever more famous Enemigo wines.

Alejandro Vigil's philosophy is clear: to make wines as they used to be made in the past, fresh wines, which can be drunk easily, 'thirst-quenching wines' as he would call them, wines that offer something new with every mouthful and pair up well with what's on the table. Looking specifically for that sort of diversity, Vigil opted in particular for the Cabernet Franc variety, a grape which, like the Malbec, offers different wines according to the characteristics of the location, with a greater diversity and complexity, unlike the Cabernet Sauvignon, for example, a variety that tends to dominate the wine's character. The wine should express its origin, be complex but light, and ought to open up the mind, trigger memories and sensations; and the terroir must be the protagonist, not the oak; so that in vinification concrete tanks are preferred to steel ones, and old casks to new barrels.

Alejandro Vigil is quite a celebrity and his wines are extraordinary; so much so that his winery has already become a virtual cult location, situated next to his own home in Chachingo, in the department of Maipu, in Mendoza, especially since in 2015 he opened right there his restaurant, Casa El Enemigo, where you can enjoy not only the attractive setting and delicious dishes, but accompany them with all his wines, including ones from the top range... some of which are always on a waiting list in the shops! 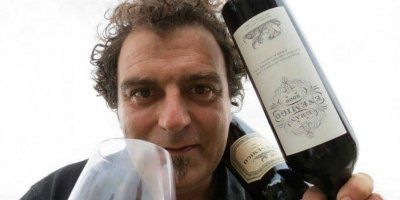