Looked upon as the oldest Champagne house, Ruinart is distinguished too by its characteristic finesse and elegance. Originally, it was the philosopher and theologian Dom Thierry Ruinart (1657-1709), descended from an old-established, vineyard-owning family in Reims, who gave his brother Nicolás inspiration by informing him about the French court's growing interest in wine from the Champagne region. In the end, it was Nicolás' son, also called Nicolás, who in 1729 was to found Maison Ruinart. Ever since then, descendants of the family have continued to extend the Ruinart style and excellence all over the world.

Of the three predominant Champagne varieties, Pinot Noir, Chardonnay and Pinot Meunier, Ruinart makes Chardonnay the house's star grape. This variety imparts great refinement and elegance to the wines, especially when it originates from Côte des Blancs and Montagne de Reims, two of the terroirs where the Ruinart dynasty has owned vineyards for several generations. On a fragile and sparse plant, the Chardonnay grapes are slow to develop, endowed over time with all their complexity and aromatic freshness. Yet they demand expert crafting in their vinification and ageing, a challenge always surmounted by Ruinart's discerning chefs de cave. Since 2007, Frédéric Panaïotis has been in overall charge of the cellars and the master blender who perpetuates the Ruinart style. 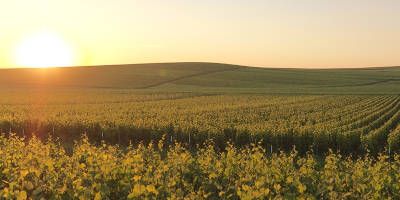