We are sorry for any inconvenience this may cause you and hope to see you back on our e-commerce very soon.
15% off on 7 great Spanish DOs that will surprise you: Yecla, Jumilla, Valencia, Alicante, Bullas, Utiel-Requena and Almansa
Home/Wineries/Veuve Clicquot Ponsardin 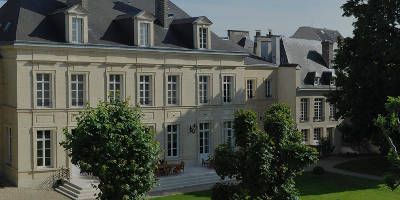 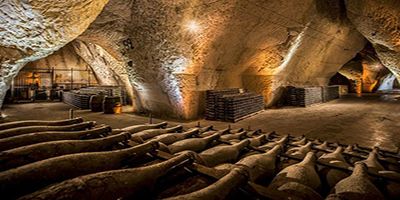 Known as "La Grande Dame de la Champagne", Barbe Nicole Ponsardin, Madame Clicquot, raised the prestige of her winery to the highest echelons under the name of Veuve Clicquot Ponsardin. She was the wife of Philippe Clicquot-Muiron, but when she was widowed in 1805 at the age of 27, Madame Clicquot took up the reins of the family business and became its driving force, remaining true to her maxim "Only one quality, the finest".

The "veuve" (widow) directed the company with steadfast determination, opening doors to new markets and introducing revolutionary developments in the traditional méthode champenoise. She and her chef de cave dealt with the problem of the sediment which remained in the bottle after the second fermentation, by inventing a special riddling rack which enabled the wine to clarify, a process which has been employed ever since then using the technique of remuage. By the time of her death in 1866, Madame Clicquot had already succeeded in putting Champagne on the map and elevated to great heights the name of her product par excellence, henceforth renowned worldwide for its excellent quality.

Since 1987 Veuve Clicquot Ponsardin has belonged to the prominent group producing luxury goods, LVMH, along with other wineries such as Champagne Moët & Chandon, Krug, Ruinart and Jas. Hennessy & Co..