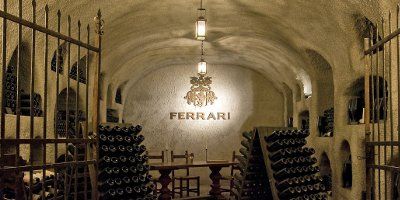 The story of Giulio Ferrari, from a wealthy family in the Trentino province, is a symbol of Italian enterprise, a model that is still to be followed and interpreted. Born in 1879, he studied at the...

The story of Giulio Ferrari, from a wealthy family in the Trentino province, is a symbol of Italian enterprise, a model that is still to be followed and interpreted. Born in 1879, he studied at the agricultural school of San Michele all'Adige, but soon extended his interests by studying in Montpellier, Rheingau, and finally in Champagne. He then imported many northern European to Trentino, but above all, encouraged by the investments of the then Austro-Hungarian Empire, to which the region belonged, he began to convert the Lavis grapes into sparkling wine using the champenois method. It was a turning point.

The first bottles of "Champagne Maximum Sec G. Ferrari Trento Autriche" came out at the beginning of the twentieth century and the production and sales criteria were immediately rigorous: limited availability, distribution by assignment, high prices. Damaged by phylloxera and the World War, from one day to the next Ferrari, after 1918, was now in Italyspumante, whose production was in the meantime carried out together with Bruno Lunelli, a young winemaker from Trentino.

In terms of quantity, production was still limited, and indeed, to protect it from it being looted during the war, in 1937 Ferrari and Lunelli "hid" some batches in the cellar. Reopened after almost ten years of resting on the lees, the bottles of this long-aging spumante proved to be extraordinary. It was the beginning of the history of the Ferrari Reserves, destined to represent the spearhead of the company even when, completely governed by the Lunellis, the winery quickly became one of the leaders of the world sparkling wines.

The Maximum line was the gateway to the Ferrari world. A range of unsurpassed elegance and class, of unique value for money. Spumante which was versatile in its pairings, excellent throughout the meal and for every occasion. The best of mountain Trento DOC, the best of Chardonnay and Pinot Noir, in a selection of spumante which take you on fantastic sensory journeys. Minimum 5 years on yeasts for Perlé, which is undoubtedly the best value for money Italian spumante. And then the impressive Reserves, Perlé Bianco, Giulio Ferrari's little brother, and the Nero, perhaps the greatest Italian Blanc de Noirs. The Ferrari Reserves are probably the only classic method that can really compete with the best Champagnes. We do not want to make inappropriate comparisons between profoundly different terroirs, but the slopes and latitudes of the Trentino consortium are perhaps the only ones that can be compared, on this side of the Alps, to the great French model. The Giulio Ferrari needs no introduction: velvety, creamy, immense, with ten years on yeasts and an explosive profile of structure, freshness, flavour. The Riserva Lunelli? Try it: it is the younger brother of a giant, and therefore... itself a giant. 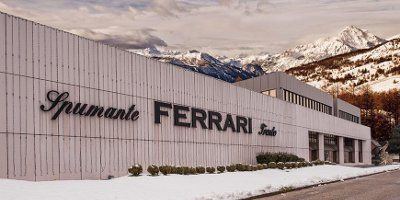