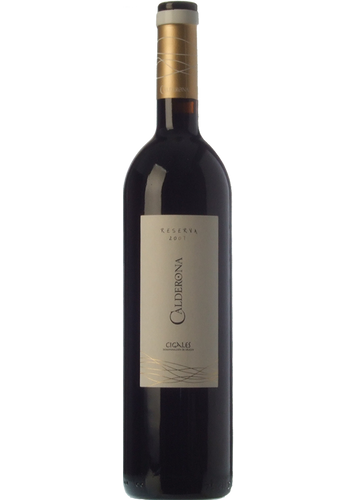 Having started out by establishing a winery in Toro, in 1960 the Frutos Villar family moved into the Cigales region, where vineyards already existed back in the 10th Century, and founded Bodega Calderona.

Aged for 18-24 months, depending on the evolution, in 85% American and 15% French oak barrels. Subsequent rest in bottle for at least a further 9 months.

The Frutos Villar family have roots in the wine industry going back to the turn of the previous century when they had been involved in wine buying and selling. In 1920 they established their first winery in Toro, a region with a long-standing wine-making tradition that may well pre-date the Romans, and specifically where their Bodega Muruve is located. Bodega Calderona, their second winery, was set up in Cigales in 1960 and has 105 hectares of vineyards, producing wines which...