Up to 15% off over Priorat and Montsant, two sides to the same region
Spain/Penedès/Ratpenat 2019 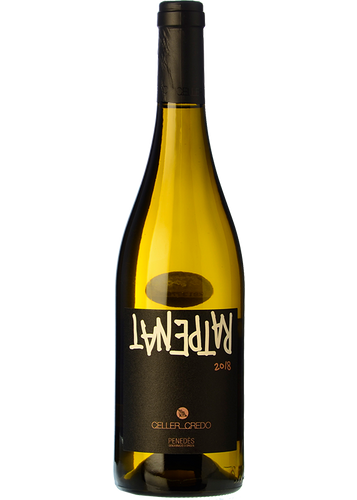 Made from strains planted in 1990 on slate soils, a rarity in the Penedès, where the soils are mostly limestone.

Ratpenat (bat, in Catalan) was born from the commitment between the Credo winery and the Granollers Museum of Natural Sciences for the defense of the environment and the living beings that inhabit it. The agreement signed between the two aims to investigate and disseminate the importance of the bat in the ecosystem and its conservation in the environment of the vineyard as an efficient insectivore.

During the elaboration of Ratpenat, they perform a maceration work with the skins and the rapa for a few hours. The fermentation takes place in old oak barrels and, subsequently, remains in the same barrel for approximately two months. This wine may have totally natural sediments as a result of minimal intervention.

Slightly higher acidity than I usually associate with Macabeo but also greater complexity. Plus, it's for a good cause! Excellent food wine, reminds me of Loire Valley sauvignon blanc

The Recaredo team's project for producing serene wines, Celler Credo, is defined as being based on the two pillars of bio-dynamics; life and movement. Their values bring us closer to the soil, the land and landscapes of their home in Penedès. They are committed to making white terroir wines without chemical fertilizers, pesticides or herbicides. Honest wines that stand out as the chronicles of a simple, genuine sensorial history. They represent a dialogue between humans, grape...