In Laguardia, in the Rioja Alavesa, where the Atlantic climate still succumbs to some far-distant Mediterranean influence, there grow vines aged more than 70 years old which produce the grapes that will give rise to Orben. At the winery they combine knowledge acquired over generations with the most modern practices in order to obtain expressive wines that appeal to everyone. The grapes from micro-parcels scattered around the area are cared for meticulously so as to achieve a refined and robust wine that's, never fear, certainly not at all rough.

Its violet tinges on the rim point to freshness whilst its central opaqueness is a very clear indication of its strong personality. From a combination of these two merits, Bodegas Orben attains a modern red, with an extensive aromatic palette which ranges from cherries and inky hints to liquorice and pencil lead. On the palate, it appears fresh right from the start, at the same time as lactic (toffee flavoured) and moderately tannic. It's juicy and rugged, and the concentrated fruit stands out on a spicy and balsamic background. It takes its leave repeating its fruit character with maximum expression accompanied by the warm touch of well-applied oak. Its older sibling, Malpuesto, a single parcel wine, takes all the Orben's merits to the next level. If you have the chance to taste it, don't turn it down.

Very impressive, well balanced wine that works both with and without food. Subtle oak treatment with berry flavours evident. Excellent value for money 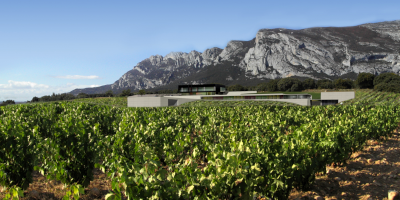 The Orben Project was started up with the aim of introducing a new concept to winemaking, combining the knowledge and expertise acquired over many years with a selection of premium fruit (fine grapes from 74 parcels located around the town of Laguardia in Rioja Alavesa) and new techniques. In addition, Orben are constructing modern premises that will bring together the best in architecture, wine and gastronomy (the Izadi family has always been closely linked to the culinary...