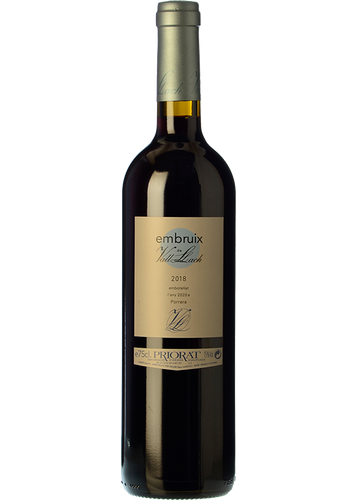 There were some who believed at the start that the success of Celler Vall Llach was due to the popularity of one of its founders: the Catalan singer Lluís Llach. However, vintage after vintage, the bottles leaving the Porrera winery have seen to it that such an inapt notion has been completely dispelled, and proved that this bodega's wines have their own character and line. As its name suggests, Embruix, the initial wine, is bewitching, and captivates from the first sip. Restrained powerfulness, minerality and typicity within reach of all pockets.

What a glorious wine. Few people would know that the vineyard that produced Embruix was set up by a Catalan singer, Lluís LLach. Well done to Vinissimus for supplying it and perhaps get some other wines from them too?

This was the second vintage of this wine that I tried (2018). Both were excellent. Medium to full body with good complexity, fruit and salinity. Definitely would buy more.

Great Priorat, possibly my favorite at this price point. Powerful, fruity, Stoney, Elegant. A great example of the Priorat style at a reasonable price.

Celler Vall Llach was founded at the beginning of the 1990s by the singer Lluís Llach and the notary Enric Costa in the town of Porrera, opting for a controlled micro-production of their estates and “trossos” (century-old vineyards), and looking for quality over and above quantity.