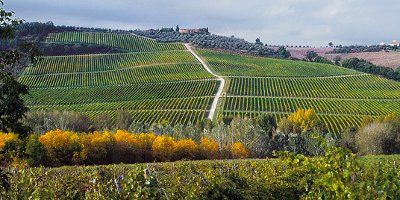 Rocca delle Macìe was established in 1973, when Italo Zingarelli, the film producer of Ettore Scola's film "C'eravamo tanto amati" (We All Loved Each Other So Much) and of the highly successful...

Rocca delle Macìe was established in 1973, when Italo Zingarelli, the film producer of Ettore Scola's film "C'eravamo tanto amati" (We All Loved Each Other So Much) and of the highly successful series of films starring Bud Spencer and Terence Hill, decided to make his life's dream come true by purchasing the "Le Macìe" estate - 93 hectares, of which only two are planted with vines - in order to establish a winery in the heart of the Chianti Classico region.

Italo passed on his love and passion for the Tuscan land to his children Sergio, Sandra and Fabio. In 1985, Sergio started working with his father and in 1989, with the help of his wife Daniela, he took over the management of the company. Since then, Sergio, in collaboration with his sister Sandra, has consolidated and developed his father's company, bringing it to the attention of the world with wines that have won numerous awards both in Italy and abroad.

Today, the winery has about 500 hectares, of which more than 200 are planted with vines and about 22 with olive trees, divided between the six estates it owns: Le Macìe, Sant'Alfonso, Riserva di Fizzano and Tavolelle in the Chianti Classico zone, Campomaccione and Casamaria in Maremma in the Morellino di Scansano zone. Aware of the fact that the area in which the winery is located is an enormous treasure that must be protected and preserved, agronomic techniques are used at Rocca delle Macìe that not only aim to constantly improve its products but also to respect the environment. 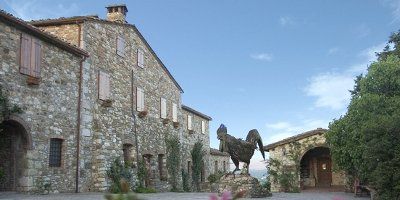