If you're looking for a denomination in Spain with a tradition in producing rosés, it's definitely Navarra and the Chivite family, the best benchmark. Chivite was founded as a winery in 1647 and figures among the most historic dynasties in Spain. The Colección 125 range was released onto the market in 1985 to commemorate 125 years since they first started exporting in 1860, and the one which best showcases their expertise. They are true masters. In reds, whites, and naturally rosés. Chivite must be credited with having dignified the art of making rosés.

Chivite's rosé is one of Spain's finest, a rosé with considerable personality, not simply fermenting in barrel but maturing for months on end on its lees in French oak barrels. Besides its beautiful colour, between salmon pink and ready-to-eat apricot, it's an elegant and refined wine, with a notably balsamic nose. Swirl it around in the glass and you'll see how it arouses aromas of cumin, black liquorice and sandalwood, mixed with earthy notes, crystallised fruit (redcurrants, pomegranate, raspberries), a gentle perfume of dried flowers and some buttery touches in the background. Really unusual: there's something on this nose reminding us of sparkling wines, Champagnes —but no bubbles, of course. Quite fascinating, and interesting too, because the grapes producing this rosé have nothing to do with the ones normally used in the manufacture of those French wines. Keeping it in the glass and letting the temperature rise a little, you'll notice how creamy it becomes and all the new nuances that appear, so subtle and so well interwoven that it's difficult to describe them, but you could spoon them out like a dessert!

On the palate it offers a fresh and meaty attack, voluminous, dry, rather creamy on the entry — even more so as it starts to warm up — and now you can certainly detect an undertone of damp wood and notes of lightly toasted dried nuts and fruit from that barrel-ageing. Everything in just the right amount. A balanced and harmonious ensemble, which finishes smoothly and persistently. Back again, that initial Champagne-flavoured hint and aniseed background. A rosé with plenty of character, to enjoy at a leisurely pace.

It displays a bouquet of powerful smoky mineral notes from the beginning to the end, combining with a light hint of fresh red cherry and raspberry. This wine takes a vertical structure, depth and power. 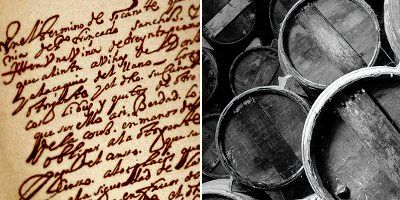 Chivite is the name of a renowned wine-making family in Navarra, which goes back 11 generations to 1647, with documental evidence of vineyard and wine cellar ownership, probably making this the oldest wine-producing dynasty in Spain. Back in 1860, when the phylloxera plague was blighting the French wine industry, the family embarked upon a trade route to northern Europe to meet increased demand, and later made their home an inn en route to Madrid, extending the reach of their...