In ancient times, the Egyptians and Greeks used to preserve their most aromatic perfumes in delightf...

In ancient times, the Egyptians and Greeks used to preserve their most aromatic perfumes in delightful alabaster bottles. What a lovely introduction to a wine so elegant and delicate as Alabaster, made from grape clusters that have been destalked by hand and treaded in the traditional way so as to achieve a very gentle extraction. Alabaster is the Eguren family's most exclusive Toro wine — a wine that is pure balance and harmony.

Summary of Marcos Eguren's evaluation of the 2015 vintage in Toro

The 2015 vintage saw a normal year in the development of the vegetative cycle, with persistent spells of drought, in the first few months of the year and in the onset of ripening period at the end of July, but which did not prevent the optimal maturation of the grapes.

The year began with water reserves and high temperatures until the arrival of November, when the low temperatures caused the plants to shed almost all their leaves. It wasn't until the end of March, with a rise in temperatures, that the first clusters started to appear. In April, with a persistent drought, the first swellings of leaf buds began to be seen and the early stages of growth developed slowly but without any problems. From May onwards the thermometer was registering up to 35ºC, the vines grew rapidly and the first signs of blossom appeared, leading in the first week of June to flowering throughout most of the vineyard.

With the arrival of the onset of ripening at the end of July, drought was again back in evidence, until in the last week of August occasional showers and a drop in temperatures brought on the rapid absorption of water, a halt in physiological maturity and advances in the phenolic. After September 8th temperatures began to rise again and the variation occurring ranged from 9º C to 34º C. The harvest got under way then, starting with the areas where there had been less rainfall.

I found this wine somewhat disappointing. It could be that it’s too early as the wines was very much closed. But still usually I find I can enjoy most serious spanish wines when relatively young - not the case with this. Wouldn’t buy again, particularly as it’s pretty expensive. Will wait until I can taste an older vintage to see how it develops. 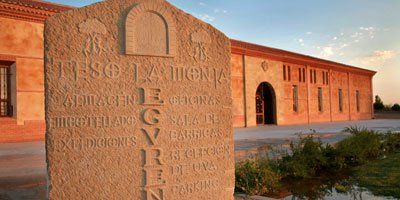 The Eguren family, originally from La Rioja, discovered Toro and has stayed with it, persuaded by the land’s potential and by the Tinta de Toro, a grape with great structure, able to convey the minerality of the soils but with a strong character that needs understanding and “taming”. Marcos Eguren understands it perfectly and proved this with the wines of his first project in the region, Numanthia Termes, powerful wines, always subtle and elegant. Teso La Monja possesses mor...