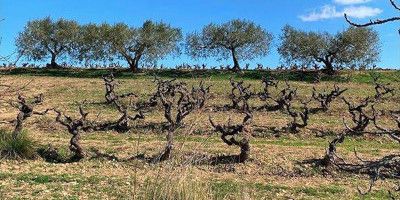 Founded in 1984 in an old 19th century building, Bodega Heretat Mont-Rubí is located on an estate ina large area of forestland and vineyards around the village of L'Avellà in...

Founded in 1984 in an old 19th century building, Bodega Heretat Mont-Rubí is located on an estate ina large area of forestland and vineyards around the village of L'Avellà in the Alt Penedès region. Their project is key to understanding the recent history of the Catalan grape variety Sumoll which would most probably have disappeared if it hadn't been for the winery's hard work and commitment to cultivating and using it.

The recovery of this splendid yet almost-lost red grape, which had previously been the most cultivated variety in the area, started in 2000 when Mont-Rubí set up its Gaintus project and started creating quality wines based on Sumoll. Their first wine was released in 2001, a limited production of only a thousand bottles made with Sumoll and a small proportion of Cabernet Sauvignon. A year later Robert Parker gave this new wine a rating of 92 points. For the 2003 vintage they reduced the amount of Cabernet Sauvignon even further, thanks to the learning process regarding their goal of concentrating on Sumoll and produced a wine with wonderfully integrated wood and alcohol.

Their first purely single-variety wine was ready in 2004, a year which is still remembered as their best vintage so far, and a wine which is a faithful expression of the typicity of Sumoll. Back then their wines were not sold under the DO Penedès label as Sumoll was not one of the varieties authorized by the appellation then. It was eventually accepted back into the list of official varieties by its home appellation in 2010, and from then on Mont-Rubí's Sumoll wines can bear the prestigious label. Unbottled wines produced in the two years previous to the rule change were also allowed to be sold under the Penedès name. Following this important decision, other appellations also began to accept Sumoll.

At present, the winery's chief oenologist Josep Queralt and his team produce almost all kinds of wines using their favourite grape variety: reds, rosés, and sweet wines, and all in a very personal style expressing the grape's character, its history, and the landscape they grow in. 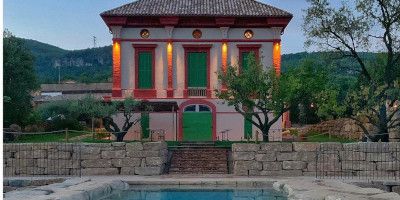