Payoya Negra is a wine with tremendous personality, or to be more precise, with several. Its complexity is amazing and it has spirit enough to be a great wine. The Finca La Melonera project sees their objective as the recuperation of virtually extinct indigenous varieties and that naturally wild character, the feeling of the genuine article, untarnished, is clearly apparent in the wine. It is a wine to take your time over, to discover aromas and flavours hitherto unknown; a very attractive prospect.

Behind the recuperation project is none other than the indefatigable Josep Lluís Pérez, the heart and soul of Mas Martinet (Priorat) and adviser for many another initiative; and wine production management lies in the hands of the Perelada Group’s oenology team, with Ana de Castro in charge of the vineyard and winery, and Delfí Sanahuja, winemaker at Castillo de Perelada (Empordà), acting as consultant. Impeccable credentials, a really beautiful location and a wonderful opportunity to come across as yet undiscovered Andalusian reds.

In the glass it appears a dark Picota cherry colour, lively and bright. It is a blend of Garnacha (40%) and Syrah (30%), with the addition of Tintilla de Rota (25%) and another variety, whose name cannot yet be published for various legal and bureaucratic reasons, still not officially accepted.

On the nose, it needs some time but it doesn’t take that long for its elegance and aromatic richness to make an appearance: it smells like a Mediterranean wine, being fresh and warm at the same time, and we find ripe fruit there, spicy notes, sweet touches and creamy aromas, lactic hints such as yogurt which seem to be supplied by that mysterious variety, earthy notes, and an elegant balsamic freshness on swirling. Countryside and Nature there in the glass, and some unusual notes that are none too easy to describe but which transport us away to a meadow where cattle graze, some subtle leathery notes, those lactic hints… Indeed, the addition of certain unknown varieties endow the wine with considerable richness.

On the palate, we can appreciate the Garnacha character, with its freshness and frankness, its direct mouthfeel, but also the juiciness of the Syrah, enriched by that underlying countryside sensation. It is a powerful, juicy wine with a touch of sweetness nicely balanced, polished tannins and a gently liquorice finish which gives it persistence.

NOTE: The ‘payoya negra’ which gives its name to this wine and is depicted on the label is a black goat native to Andalucia, whose milk is used to make Payoya goat’s cheese in the Sierra de Cadiz and the Serranía de Ronda.

Captivating - but not pleaser at all- is the less you can say about this wine. The nose is fresh and involving, with ripe fruit, spicy, earthy and creamy notes. On the palate it's powerful and juicy with polished tannins and a long spicy finish. 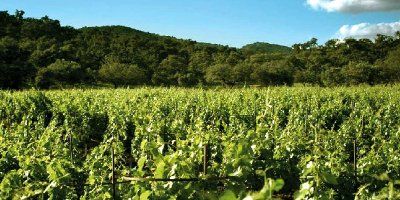 La Melonera is an estate nestled in the Serranía de Ronda, a sub-zone of the Sierras de Málaga D.O., and a top-quality wine-growing project, involved in the restoration of varieties on the verge of distinction and in harmony with the countryside, under the leadership of four shareholders, one of which is the Perelada Group (owners of Castillo de Perelada), that is responsible for vineyard management. The estate comprises 196 hectares, of which 9.5 are vineyards,...