The Masseria Sant'Andrea farm is located in the heart of Abruzzo, on a hilltop 270 metres above sea level. Here, for over a century, the Marramiero family has dedicated itself to the cultivation of native grape varieties such as Montepulciano and Trebbiano, and other international varieties of considerable stature. It does so with passion and dedication, handing down a tradition that for generations has had its lifeblood in the area that has always given it its best fruits: Abruzzo.

Marramiero wines are the result of stories in which love for the land and attention to progress, commitment to work and art, respect for the oldest winemaking processes and the use of the most modern technologies meet and merge.

The Marramiero family has been growing vines since the beginning of the last century. After a careful selection of existing strains, during the sixties and seventies, new vineyards were planted to expand production. Another important stage of growth began in the early nineties when Dante Marramiero, reinterpreting the centuries-old farming tradition of his land in a modern perspective, founded the current winery. A great legacy that today is masterly carried on by his son Enrico, thanks to the collaboration of the oenologist Romeo Taraborrelli and the manager Antonio Chiavaroli, who shared common values and objectives.

Altare is the top-range Trebbiano not only for Marramiero, but for the entire denomination; yet another confirmation of the potential of Trebbiano in the land of Abruzzi, both in terms of complexity and ageing and therefore longevity. The fermentation and the long ageing in small oak barrels are the peculiarity of this white wine, produced in limited quantities. Bright yellow with golden hues, Altare is an expressive Trebbiano, which on the nose has sapid and mineral notes, with a subtext of yellow rose, honey, saffron, sweet spice, which perfectly integrates the ageing in a concert of clearly evolved sensations. On the palate it is sapid, balanced and of excellent structure and persistence, with a pronounced softness and infinite persistence. It is best enjoyed when paired with fish, seafood, shellfish, other dishes with delicate sauces and fresh, light cheeses. 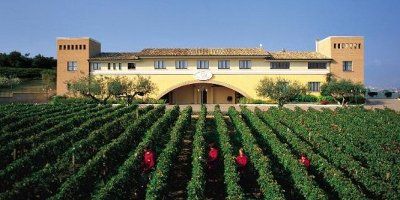 Marramiero is perhaps the most avant-garde winery in Abruzzo, despite being active in one of the region's most suited areas since the beginning of the 20th century. The staff's geological and agronomic expertise flows not only into a careful regime of environmental sustainability and low-impact agriculture, but also into a masterful and dynamic use of technology. Grape selection, for example, is carried out with optical infrared scanners, which impeccably...