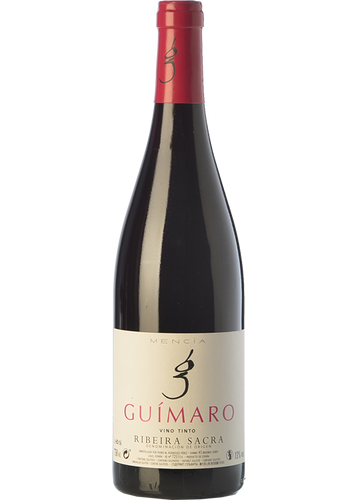 The Bodega Guímaro was built at the beginning of the 20th Century, long before the existence of the Ribeira Sacra DO as such. In 1991, it underwent a big reformation specifically in the belief that the denomination of origin would be achieved, which did occur six years later. It currently produces around 30,000 litres in an entirely artisanal way, mainly from estate-owned vineyards growing native varieties in the sub-zone of Amandi.

Guímaro is firmly committed to age-old methods, such as fermentation with stalks and grape treading, wishing to keep traditions very much alive. In addition, it operates organically, limiting the use of chemical substances and working solely with used barrels, thus giving all the limelight to the magnificent grapes growing on the terraces of the Ribeira Sacra.

Guímaro is its young red, a wine of great vivacity, with its intense Picota cherry colour and tinted tears. Its nose is very elegant and fruit forward, with a definite dominance of cherry and blackberry aromas. It's very seductive on the palate, thanks to the sweet tannins and a mature body, and restrained as to the tannic element.

The contribution of Caiño and Sousón, native grapes from old vines planted on granite and slate soils, adds a very special mineral touch to the ensemble which makes this wine even more palatable if that's possible. The six months spent by the wine on its lees before bottling endow it with a delicate creaminess which, combined with an enviable freshness, result in the Guímaro being a truly delicious red. An honest and modest wine, but with bigger ambitions. 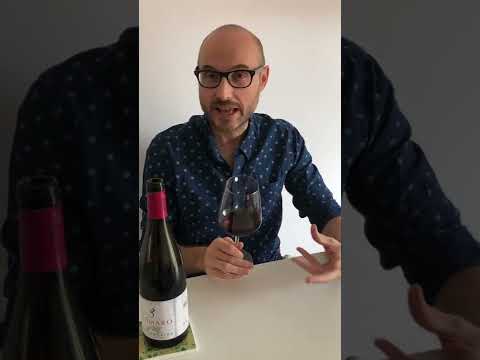 Incredible wine for the price

Ribiera Sacra has yet to let me down, and for 10 Euros, this has to rank as one of the best deals on the site. Medium bodied with lots of fresh fruit and a definite coastal salinity.