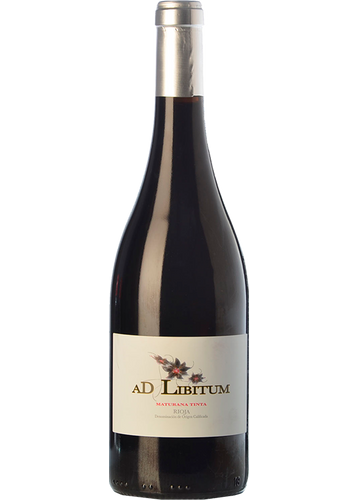 Thinking of a historic area of Spanish winemaking, it's very likely the first to spring to mind will be the Rioja DOCa. Asking ourselves too from which grape the majority of its red wines are produced, few would have difficulty in replying the Tempranillo. But, what if someone were to ask us the name of a native Rioja variety in the process of being reinstated and practically extinct everywhere else in the world? The answer to this question will have to be the Maturana Tinta.

This grape with its small, compact berries has considerable colour and works marvellously well with oak. Ageing helps to polish its tannins and bestows volume and silkiness on the palate. It was perhaps its scant productivity which caused it to be neglected to the extent of becoming a marginal grape. There are now today several wineries which are striving to restore the variety, increasing its presence in their vineyards and making very remarkable wines from it.

Definitely among the most notable is Bodegas Juan Carlos Sancha. The winery, located in Baños de Río Tobía in the Rioja Alta, one of the denomination's coolest areas, has focused its efforts on making wines from the Garnacha Tinta, but also from minority varieties such as Tempranillo Blanco and the two Maturanas (white and red). Juan Carlos Sancha, a professor at the University of La Rioja, has himself taken part in the research project tasked with restoring indigenous varieties. The 5.5 hectares of vineyards surround the winery and Juan Carlos' own home. The very high density planting of the vines on poor soils at 600 metres above sea level, produces grapes of unsurpassable quality and great concentration. There is minimal intervention in the vineyard and always under organic guidelines, with respect for the environment featuring as an essential concept. In a winery using basic equipment, as many as six wines are made, with one of them being Ad Libitum Maturana Tinta.

The grapes for this wine initially came from 17 plants discovered in an old vineyard and which have increased in number by grafts. After selection, the must ferments and ages in new 500-litre Tronçais barrels, with stirring 16 times a day in order to keep the skins constantly wet and in contact with the must. After 11 months of resting in oak, the wine appears a deep Picota cherry colour and reveals a nose brimming with fine fruit, minerality, liquorice and the odd green pepper note typical of this variety. On the palate, it exhibits medium structure, good acidity and tannins well-shaped by the oak. In addition to the aromas discerned on the nose, we can pick up hints of cocoa, coffee and spices. A mature and flavoursome finish with a lingering aftertaste. We recommend decanting to enjoy it fully.

After many years dedicated to research at the University of La Rioja and the Viña Ijalba winery, Juan Carlos Sancha has returned to his home town of Baños to revere what has been known all along as “village” wine, and create wines which reveal the terroir that gives rise to them. Juan Carlos has some old family-owned vineyards, inherited from his grandparents. He works them organically and obtains very low yields, with grapes that ripen fully and turn...