Eight centuries and thirty generations of excellence in Tuscan wine: this is the profile of the Marchesi de' Frescobaldi. An Italian wine empire which, with recent acquisitions, produce more than 6,000,000 bottles per year and 1,200 hectares of vineyards. Despite these large numbers, the Frescobaldis must still be recognised as having a very strong territorial identity, which translates into wines expressed at the highest levels in each territory.

The Tenuta Perano is the flagship of the Frescobaldi properties in Chianti Classico. It is located in Gaiole, one of the most suitable towns in the area, where the Sangiovese vines struggle at the altitude limit of 500 metres above sea level and produce fruit which is typically slow-ripening and rich in acids and minerals. Exposures and slopes produce wines with intense fruity aromas, with a great tannic structure but permeated by an elegant vibration.

The vineyards, which are on soils rich in stones, foreshadow wines of great verticality, therefore, thanks to the high hill climate. Aged skillfully partly in wood and finally in bottles, Chianti Classico represents the quintessence of the Frescobaldi production philosophy, with a clean and clear style, and at the same time of the territory. 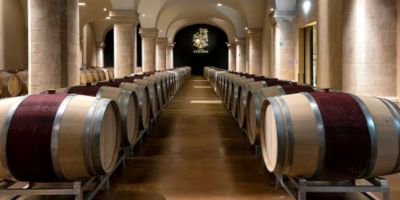 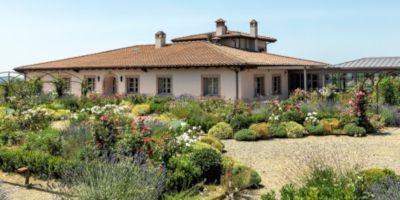