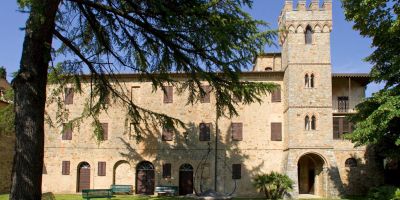 Seven centuries and thirty generations of excellence in Tuscan wine: this is the identity card of Marchesi de' Frescobaldi. An Italian wine empire, which with recent acquisitions exceeds 6.000.000...

Seven centuries and thirty generations of excellence in Tuscan wine: this is the identity card of Marchesi de' Frescobaldi. An Italian wine empire, which with recent acquisitions exceeds 6.000.000 bottles produced per year and 1.200 hectares under vine. Despite these large numbers, Frescobaldi still has a very strong territorial identity, which translates into wines expressed at the highest levels in each territory.

Frescobaldi embodies the essence of Tuscany, its extraordinary vocation for viticulture and the diversity of its terroirs. The uniqueness of Frescobaldi stems precisely from the representation of this diversity by its estates and by wines that express a kaleidoscope of aromas and sensations. Behind every Frescobaldi wine there is a strong sense of the heart of the people, agronomists and oenologists who live the vineyard and the terroir to capture every detail.

Their art requires the iron rule of respect. Respect for tradition guides the numerous estates of the Marquises even when they choose innovative solutions. Respect for Tuscany, which the Frescobaldi consider a living land, is a value to be cultivated in balance and harmony. Respect for each individual terroir, thanks to a unique combination of soils, altitudes and microclimates, gives wines with their own unique personality.

The Frescobaldi archives contain a treasure trove of information dating back to the 14th century, telling of trade exchanges between the Marquises and all the courts of Europe, as well as with the workshops of artists such as Brunelleschi and Donatello. The first estate, Castiglioni in Val di Pesa, is still owned by the family today, and it is there that the first activities of the family in Tuscany are attested around the year 1000. The Marchesi also introduced the first international grape varieties to the region in 1855, with the first plantings of Merlot, Cabernet Sauvignon, Pinot Noir and Chardonnay. Today, the Marchesi de' Frescobaldi family is one of the spearheads of Italian wine in the world, with an ultra-modern hospitality structure, state-of-the-art estates and cellars, and principles firmly rooted in eco-sustainability. 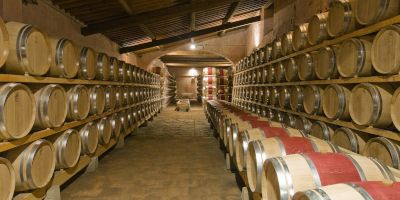