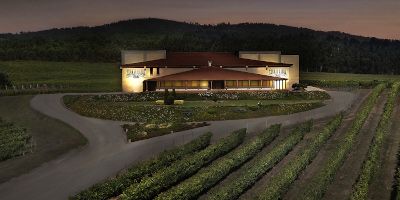 The Terras Gauda Group is made up of four wineries located in four of the main wine-growing areas of Spain: Bodegas Terras Gauda (Rías Baixas), Viñedos y Bodegas Pittacum (Bierzo), Quinta Sardonia (Castilla y León) and Compañía de Vinos Heraclio Alfaro ( Rioja). The group's philosophy is to respect the character of each region but also to add the experience and knowledge that such diversity generates in favor of the quality of all its wines.

Bodegas Terras Gauda was founded in the O Rosal Valley in 1990 and in that same vintage 37,000 bottles were made from the grapes of the wine-growing partners in the area, while their own plantations were launched; Today, it markets more than 1.5 million bottles, the most important figure in the entire DO Rías Baixas. In its more than 160 hectares, only white grapes of autochthonous varieties are produced with which both white wines and traditional Galician spirits and liqueurs are made.

With the clear objective of producing wines of the highest quality and with its own personality, it is vinified according to local tradition, but making use of the technological advantages that the new times bring with it. The control over the vineyard is constant and precise and in the winery we bet on wild yeasts and the vinification of each variety separately. From the beginning it was thought that the albariño, combined with other local varieties (loureiro and caíño) that would give it a greater diversity of nuances, should have been the emblem of the winery and, therefore, of the O Rosal subzone, and this has been the case until our days. The vineyards, located very close to the mouth of the Río Miño, are located between 50 and 150 meters above sea level and ascend through ancient and slate river terraces, curious fact in a land where granite is the protagonist. in most soils. In addition, the temperatures are surprisingly mild and frosts are very rare, all factors that converge to give grapes of the highest quality. 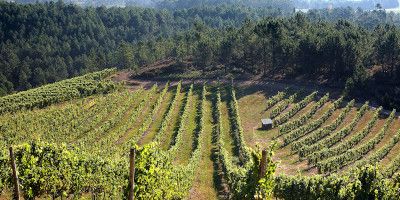