We are sorry for any inconvenience this may cause you and hope to see you back on our e-commerce very soon.
10% off ANY OF OUR WINES when you buy 6 bottles!
Home/Wineries/Bodegas Campo Viejo 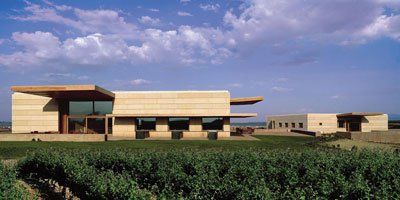 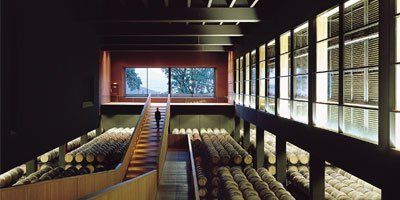 Campo Viejo is one of the Rioja region's most well-established names and produces on its premises three premium brands that sell in over 70 countries: Campo Viejo, Azpilicueta and Alcorta.

Since its foundation in 1959, Campo Viejo has undergone constant evolution, combining in a very effective way an artisanal treatment of its wines with the most cutting-edge technology as well as respect for its immediate surroundings and the environment. Evidence of this is shown by the new premises themselves: the building conceived by the La Rioja architect Ignacio Quemada, and the winery designed so that it fulfilled criteria set by the head oenologist, Elena Adell. This new winery, opened in 2001, brings together contemporary architecture, precision engineering and 21st-century winemaking. A masterpiece concealed more than 20 metres underground, which provides it with the ideal conditions for ageing wine, where work is carried out in keeping with the most up-to-date requisites of high quality, but always adhering to the Rioja's authentic tradition. The Campo Viejo winery is a benchmark in sustainability: totally integrated into the landscape, it has been recognised on numerous occasions for its respect of the environment.

For producing the wine of all its brands, Campo Viejo has recourse to 1,900 hectares of vineyards, which are located at different altitudes and on soils of varying composition. The majority of its vineyard plantation is comprised of old vines, aged over 25 years old, with Tempranillo the main variety grown. Each brand has a different focus: Alcorta primarily utilises the Tempranillo variety from areas within Rioja Alta; Azpilicueta uses solely grapes sourced from Fuenmayor, a town in Rioja Alta, specifically Tempranillo, Graciano and Mazuelo; and Campo Viejo takes grapes from all over the denomination, from Rioja Alta, Rioja Baja and Rioja Alavesa, making use of all of the varieties. To put it briefly, interesting and expressive wines which reflect La Rioja's vivacity and colour.