15% off Protos 27, an example of the best Ribera del Duero
Wineries/Bertani 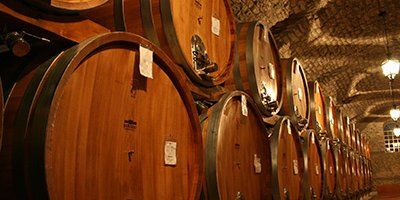 After having been a pupil of Dr. Guyot in Burgundy, in 1857 Gaetano Bertani returned to Venice to put into practice the most modern systems of vine cultivation. As a result of this, the Bertani name h...

After having been a pupil of Dr. Guyot in Burgundy, in 1857 Gaetano Bertani returned to Venice to put into practice the most modern systems of vine cultivation. As a result of this, the Bertani name has passed into both Italian and European wine history as the winery that brought to the Valpolicella the fundamental technique for producing wines in the classic style and impeccably balanced.

Held in high regard since the 19th Century and served at the most exclusive tables of the United States and England — a Bertani wine was included in the official menu at the Coronation of George VI of England in 1937 —, Bertani wines feature nowadays among the jewels that Venice has to offer, especially their Amarone and Valpolicella labels. Their first vintage of the Amarone Classico in 1958 was quite a benchmark for this denomination and today it's an Italian wine icon the whole world over.

Regardless of vineyards amounting to 200 hectares and production totalling 2 million bottles a year, every bottle of Bertani continues to deliver excellent quality. The winery's traditional and majestic style is confirmed year after year in its Amarone Classico, a wine that's smooth and profound, velvety, austere, with hints of fruit conserves, and having superb persistence and longevity. Resulting from the Valpolicella's great red varieties, skilfully sun-dried for 4 months, the Amarone is vinified according to the traditional method and afterwards goes on to age for 6 years in large oak barrels.

Apart from this iconic wine, the Bertani catalogue includes excellent wines which prove very good value for money: the great Ognisanti, a Valpolicella Superiore boasting plenty of class and tremendous personality; the Ripasso, a full-bodied and extremely smooth wine thanks to its maceration on the Amarone lees and skins; and the Valpolicella, fresher and more immediate, and very versatile when paired with food. 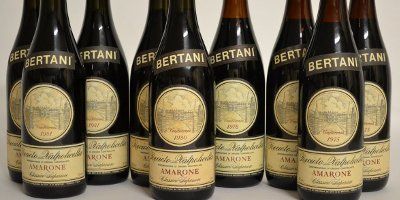