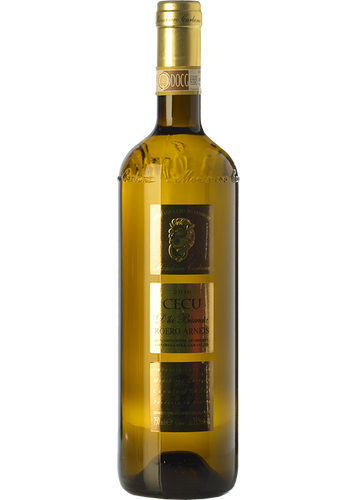 The Monchiero Carbone winery is located in Canale, in the centre of the village, in an old 19th century manor house, whose basement houses a large and fascinating historic cellar, untouched for over two centuries. The winery owes its name to the union of two families, thanks to the marriage of Marco Monchiero and Lucia Carbone, and the consequent union of the vineyards inherited by both. However, the origins and links with the winegrowing profession can be traced back to the members of the two families in the early twentieth century.

It was 1987 when Marco Monchiero, an oenologist of national fame, and his wife Lucia Carbone decided to buy the large farmhouse in Via S. Stefano Roero: they had just returned to the village following the numerous work experiences that Marco had gained in important Italian wineries. Today Francesco, his son, active in the company since 1990, represents one of the most significant personalities of the Roero. Active around the world telling the story of the history and qualities of this Piedmontese territory, Francesco has breathed new life into the winery, starting from his own DNA: Barbera Mombirone and Roero Superiore. His passionate love for this unique territory led him to become the first president of the Roero Consortium in 2013.

Arneis entered the range in 1994, when this indigenous Piedmontese white wine was still little known. Over the years the winery has developed, thanks to the expansion of the winemaking cellar in 2004 and the acquisition of new vineyards, giving the utmost importance to the choice of the land, identified with extreme care, as it is recognised as the true architect of the quality of the wines. The estate has thus grown to its current 35 hectares. Among the most important acquisitions are the Printi vineyard, the Renesio vineyard, on the hill where the Arneis grape originated, and the Genestreto cru, in the municipality of Priocca: the plots owned by the family constitute the perfect catalogue of the main grand crus of the Roero.

This is especially to the advantage of Arneis, which over time has become the star of the Monchiero Carbone range. The winery produces two different expressions of it, from the most immediate, Recit, a fruity, floral and almondy white wine made only from steel, from grapes grown in Canale, Vezza d'Alba and Priocca, to the more complex, classic and multi-faceted Cecu d'la Biunda, dedicated to the grandfather Francesco ("Cecu"), son of grandmother Lucia ("la Biunda"), a great Arneis enthusiast and forerunner.

Cecu d'la Biunda is an exclusive selection of Arneis that comes from two historic, high-altitude vineyards: Tanone, with its soft, sandy soil, in the municipality of Vezza d'Alba, and Renesio Incisa in Canale, on the famous hill that gave birth to the Arneis grape towards the end of the 15th century. On this type of particularly sandy soil the Arneis expresses its full potential in terms of aroma and elegance, and at the same time shows all its potential to evolve over time.

The Cecu d'la Biunda has a magnificent intense and brilliant straw colour. On the nose, it releases an intense and complex bouquet of great aromatic depth, which slowly develops towards sensations of excellent freshness, ranging from pineapple to white currants, from mint to sage, with a continuous mineral counterpoint. The entrance to the palate is marked by splendid freshness that gradually exposes its powerful and enveloping character. Cecu d'la Biunda is in fact an Arneis of exceptional balance between structure and drinkability. Its development is growing and dynamic, ending with a rich and very persistent finish, which sees the triumph of sapidity combined with a satisfying and caressing fruit. A fine white wine of notable character, it goes well with all dishes, especially fish and shellfish dishes, white meat and cheeses that are not too mature.

Good and tasty, Cheap wine.Too good for being so cheap. And fast delivery to Finland!;)Want to by more but not have.

The Monchiero Carbone winery is located in Canale, in the centre of the village, in an old 19th century manor house, whose basement houses a large and fascinating historic cellar, untouched for over two centuries. The winery owes its name to the union of two families, thanks to the marriage of Marco Monchiero and Lucia Carbone, and the consequent union of the vineyards inherited by both. However, the origins and links with the winegrowing profession can be traced back to the...