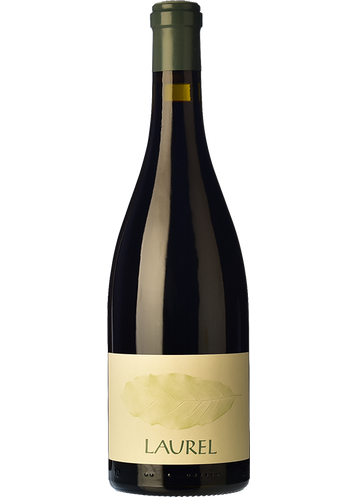 Daphne Glorian was one of the five pioneers and instigators of the rediscovery and revival of the Priorat, in those bygone years of the 1980s. She is better known in the United States than in Spain; and there she exports the best part of the scant production of Clos Erasmus and Laurel, her only two wines. Not without good reason; her husband, Eric Salomon, is one of the main USA importers, and so it should come as no surprise that the back labels of both wines appear in English and bear the stamp of European Cellars.

Clos Erasmus was one of the first Spanish wines to obtain 100 Parker points, in two consecutive years, 2004 and 2005, an exceptionally rich and complex wine, with boundless fruit and profound minerality. Laurel is her second wine, made using the wine from barrels not accepted for the winery’s crown jewel, along with some batches from younger vines. Despite the fact that the price of Laurel is four times less than that of Clos Erasmus, Daphne Glorian shows them both the same interest and passion.

One of the most finely crafted and succulent Priorat wines in its price range that you can come across today. Mature, fruit-forward and mysterious; delightfully classic yet paradoxically not widely known.

A great wine that makes you smile

This is a well-structured, yet playful wine of high quality. It is fruit-forward, multi-dimensional wine. The nose makes you happy already, the first sip makes you smile. This is your full bodied, winter wine to enjoy at home at a fire place. This wine makes no attempt to taste "classic French", and rightly so - it shows fully its own character and where it comes from. Amazing!

Laurel is a wine of consistently high quality, and the 2017 vintage is no exception. It is a big, quite ripe wine, very well balanced and harmonious. It is approachable now, but will benefit from a couple more years in the cellar and will last for quite a few years after that. For the quality on offer, it is also very good value.

Love this wine which promises great drinking in two to three years more in the bottle. Although still closed, has great nose and long aftertaste so it requires some patience to appreciate fully

My fave wine discovery this year!

Bold, dark and earthy natural wine. Opens up beautifully after 30 mins and has a wonderful longevity on the palate. Fantastic.

One of my favourite spanish reds. This is amazing! Wonderful chewy full bodied with aromas of blackberry, dark fruits and oak.

The secret behind Daphne Glorian’s ability to offer one of the most internationally renowned wines is due not only to her discovery of Priorat’s potential at the right time, but also to her knowledge of how to take proper care of the vineyards and the grapes, and being very particular when it comes to maturing wine in the bodega.