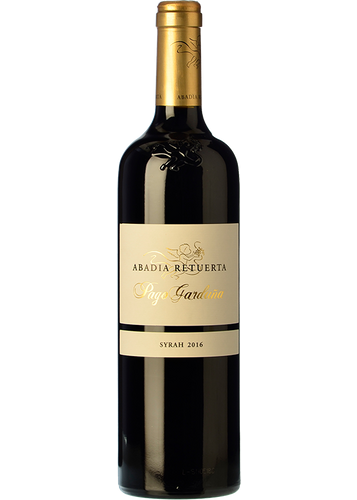 Pago La Garduña, Pago Negralada, Pago Valdebellón and Petit Verdot are the four single estate wines from Abadía Retuerta, with each one being an expression of their parcel of origin. A wine made from 100% Syrah grapes and with 16 months of oak ageing: an intense colour, good structure, an abundance of fruit and pleasant tannins. A fine wine which has deservedly won praise and recognition in several international competitions, such as a Gold Medal at the prestigious International Wine Challenge (IWC) 2008, organised by the UK wine magazine group William Reed, in which up until then only five Spanish wines had received acknowledgement, with Pago La Garduña being the only 100% Syrah.

Bodega Abadía Retuerta’s name comes from two words that define and describe the land: Ribula Torta which means a “winding river bank”. The first written reference alluding to the importance of the Abadía vineyards dates back to the 17th Century, and shows that the wine sold by the monks who were living there dominated the market in Valladolid, Castile’s largest city. More recently, in the 1970s, the former owners pulled up the vines growing...