Exactly as they're presented, they're the wine of a particular land, the résumé of a landscape. A passion for old vines, harvesting by hand, minimal intervention, garage wines. Frontonio is a new project run by three friends from Aragon, Fernando Mora, Master of Wine, Mario López, oenologist at Bodegas Borsao, and Francisco Latasa, lawyer and international business expert. Fun, passionate people who are lucky enough to be involved in what they like most, fine wine. We're lucky too, as we can enjoy it.

The Frontonio team is aiming to put on the map the Valdejalón region and its vineyards, mainly planted with old Garnachas. They're doing so with a very extensive and complex wine range: wines from a municipality, the Microcósmico, wines based on the premier cru concept, the Telescópico, and the pure and simple Frontonio, corresponding to single estate Garnachas. 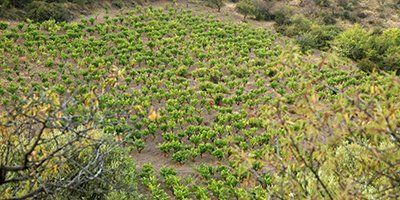 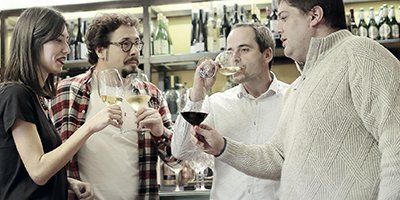