Opus One is the Napa Valley's most emblematic wine, created in 1979 by two of the wine world's greatest names: Robert Mondavi and Baron Philippe de Rothschild, although it was his daughter, Baroness Philippine de Rothschild, also now sadly deceased, who really initiated the project after her father's death.

Opus One is an opulent and mature wine, with an indisputable French touch and very highly esteemed. It goes much further in its typically Bordeaux blend (the melange features Cabernet Sauvignon primarily, with small percentages of Merlot, Cabernet Franc, Petit Verdot and Malbec). It's Bordeaux in style, elegant and refined. A Napa Valley that's a Bordeaux at heart, or else a Bordeaux with its roots in the Napa Valley, whichever you prefer.

Although Opus One has always been considered as one of California's greatest wines, since Philippe Dhalluin has taken charge of technical direction for the whole group of wineries owned by the Rothschild family (Château Mouton Rothschild, Château Clerc Milon and Château d'Armailhac in Pauillac, Almaviva in Chile, Domaine de Baron'arques in Limoux and the Opus One itself in Napa Valley), this extraordinary New World Cabernet has acquired a special finesse of its own, thanks to absolute precision in grape selection, parcel-based micro vinifications, and the usage of barrels with a much lighter toasting than was utilised years ago. Without a doubt, one of those wines to try once in your life. 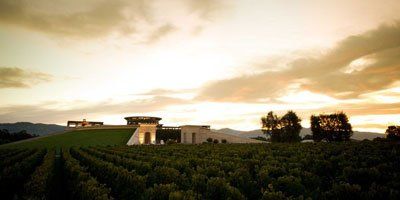 Founded by Robert Mondavi and Baron Philippe de Rothschild in 1979, today Opus One is one of California's top wineries. At the present time, the winery is owned jointly by the Constellation Brands company (who acquired the Robert Mondavi winery group) and the Rothschild family, owners of the great Château Mouton Rothschild, Château Clerc Milon and Château d'Armailhac in Pauillac, Almaviva in Chile and Domaine de Baron'arques in Limoux. Opus One possesses its...