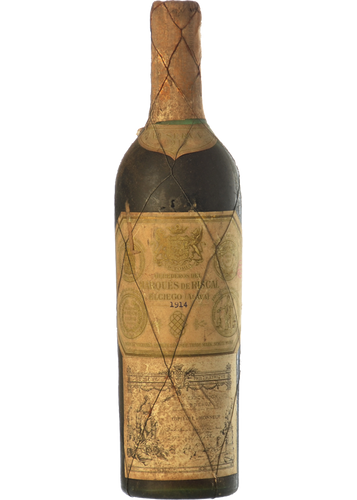 Marqués de Riscal is La Rioja's oldest winery. It started operating in 1858 under the direction of Camilo Hurtado de Amézaga, Marquis of Riscal. Don Camilo brought the knowledge and the vinification style from Bordeaux to La Rioja, conferring a fine, elegant character on the Riscal wines right from the project's onset. Years later, in 1895, the winery became the first non-French producer to receive the Diploma of Honour at the Bordeaux Exhibition.

Inside the winery there's "The Cathedral", the Marqués de Riscal's holiest of holies. There, in total peace, rest bottles from all the vintages from 1862 until the present day, with the characteristic wire mesh aimed at preventing the bottles from being filled fraudulently. In the 1920s, when wineries were not yet storing bottles of wine, over 200,000 bottles of different vintages had already been amassed at Riscal; today, it figures as one of the world's wineries with the largest number conserved.

No other winery has been producing superior quality Rioja wines for as many years, even well before the Regulating Council was established (1925). Its bottles are considered cult objects all over the world and are auctioned at such prestigious houses as Sotheby's and Christie's. The Marqués de Riscal collector's bottles offer the opportunity to be transported to "The Cathedral", to acquire a piece of history, and to purchase the past.

Marqués de Riscal's history began in 1858 when its founder, Camilo Hurtado de Amézaga, started to apply in Elciego wine-making techniques employed in Bordeaux. Jean Pineau, the master winemaker at Château Lanessan in the Haut Medoc, gave his professional advice to the then sixth Marquis of Riscal regarding the production of wines following the French system, therefore abandoning the rough and rather unrefined style of Rioja wine and thus establishing La Rioja's first modern...