Founded in 1960 by 28 winemakers, Cantina Colterenzio now has about 300 members and, as one of the most active and enterprising companies in South Tyrol, can avail itself of the direction of Wolfgang Raifer, son of the historic winemaker Luis. The vineyards extend in particular to Cornaiano, a town in Appiano, one of the noblest centers of South Tyrolean viticulture. A multitude of different terrains host rows between 250 and 550 meters above sea level. Quality and eco-sustainability are simultaneously preserved. A fresh, correct but not pimp style expresses the top line, Lafóa, from the company vineyard historically most devoted to quality and experimentation.

However, all lines express territoriality and frankness, in line with the vision of the winemaker Martin Lemayr. This is demonstrated by probably the best known wine of Colterenzio, which is Pfefferer, a dry vinified yellow muscat. Historic wine of the company, this white was conceived in 1978 by Karl Nicolussi-Leck and has been in production since 1979. At the time no one imagined that this experiment, which involved a rather rare vine to be vinified in purity, fine and subtly aromatic , would become one of Colterenzio's best-known products internationally, and one of the best-selling Italian whites abroad, especially in Russia.

Pfefferer is the name given in South Tyrol to this particular yellow Muscat clone. Perhaps it derives from "pepper" and probably alludes to the elegant spiciness of the wine produced from it. Pfefferer is actually a muscat with an edge. Distinctly fresh and mineral, fruity but without pimp, it expresses a beautiful note of nutmeg and a fine and elegant flavor, which outlines a personality of character but not intrusive. Perfect as an aperitif, it deserves a young and carefree drink.

Memories in a bottle

We often visited Alto Adige on our travels and this wine brings back wonderful memories. It is dry, clean, fruity and good for drinking with a variety of foods or just on its own. Excellent value for money.

This is possibly better than the previous vintage - dry, clean, fruity and good for drinking with a variety of foods or just on its own. Really good value for money.

Interesting and value for money. Good body and balance and a light sweet twist that makes it perfect for an aperitif 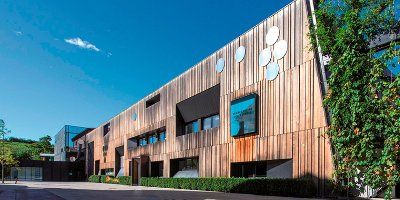 Founded in 1960 by 28 wine-growers, the Cantina Colterenzio winery now has around 300 members and is one of the most active and enterprising firms in Alto Adige, managed for many years by Wolfgang Raifer, son of the renowned oenologist Luis Raifer who had also taken over the running of the winery back in the 1970s. Most of their vineyards are found in Cornaiano (also known as Girlan) on the outskirts of the town of Appiano, one of the centres of authentic winemaking in the...