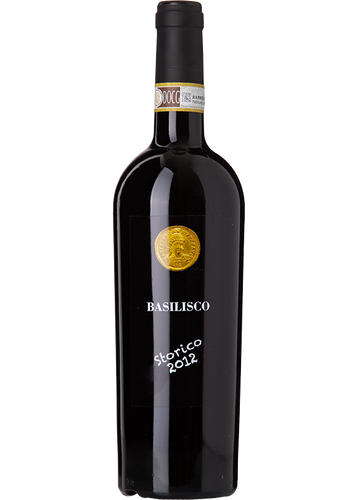 This two-hectare vineyard is a veritable open-air museum of ancient viticulture, where about 7500 pre-phylloxeric and ungrafted vines over 80 years old are raised on a tripod made of reeds called a "shed". In this vineyard-garden, where fruit trees abound, the old vines have always benefited from favorable environmental conditions and show a surprising balance. Production is close to 10 quintals per hectare, against 62 for the company average. The character of these genetically exceptional vines, because they are ancient and not the result of clonal selections, is so unique that it gives rise to an unmistakable and extraordinary wine. The volcanic soils, be they sands or basalts, the constant ventilation, a considerable altitude (500 meters above sea level), the only manual processing make this little paradise a cru of very rare excellence.

The wine is intense, material and of an intense ruby color. Small red fruits, rose and cardamom on the nose. Extremely persistent on the palate, it has silky tannins and a lively and complex structure, the most refined and powerful expression of Vulture. As those who do it see: "an elderly gentleman, who may initially appear grumpy and rigid, but the rich complexity of his character has a hypnotic charisma that overwhelms".