Vinos Valtuille is a small, familiar-run winery, with Marcos García Alba one of the new-wave wine-produers and bodega owners in Bierzo, that took on the challenge of creating quality wines at the beginning of 2000, making an important investment in installations, facilities and plenty of technical resources.

Marcos launched onto the market under the brand name of Pago de Valdoneje, giving rise to a young, single varietal Mencía wine that has been growing in reputation out there over the years due to consumers trying it and coming back for more.

Fulfilling the inevitable dream of every aspiring winery owner, in 2004 he made a few changes, adding the distinction of Viñas Viejas to the label and allowing this Crianza wine to spend eleven months in barrel using the best French oak. Only 4,000 bottles were produced, which were released onto the market, while he repeated the process with the grapes from the 2004 harvest.

Self-taught and meticulous in his approach to winemaking, he continues to care for his vineyards in Valtuille de Abajo as he has always done, nurturing the century-old vines. The 20 hectares he currently works are sufficient for his present requirements and aspirations. Production results purely from the fruit of his own vines, and he is a firm believer in the small winery as a model for product quality, providing a guarantee trusted by the consumer.

Pago de Valdoneje is on the wine lists of many large city restaurants, such as in Madrid, Asturias, La Coruña, Barcelona etc., and also found in international markets like the United States, Germany, Belgium and Mexico, with expectations of spreading even further abroad. 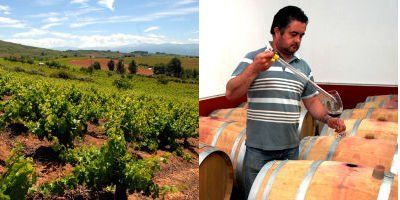 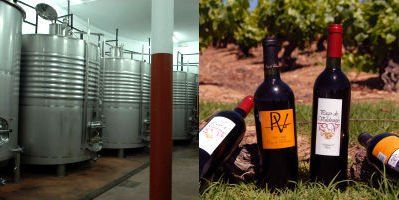