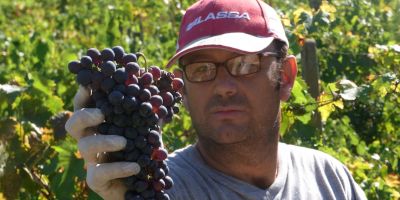 Radda in Chianti is one of the best municipalities of Chianti Classico. This is due to the soils, which are the quintessence of this great and historic territory: soils rich in marl, skeleton,...

Radda in Chianti is one of the best municipalities of Chianti Classico. This is due to the soils, which are the quintessence of this great and historic territory: soils rich in marl, skeleton, limestone and minerals. And, of course, the climate and altitude, which here often exceed 500 metres and exalt the freshness and acidity of the Sangiovese. But a key role is obviously also to be assigned to the wine growers: a generation of connoisseurs of the territory and exceptional wineries that have made this municipality a flagship of the entire denomination and of Sangiovese in general.

Val delle Corti is considered, with the talented Roberto Bianchi at the helm, one of the driving engines of this success. We are talking about a winery in which passion, competence, sustainability and respect for the veracity of the terroir are its daily bread. It is a small, family-run, organically-run winery, but it is now a fixed point for all lovers of the most genuine and authentic Chianti Classico.
In 1999, Roberto took over from his father Giorgio, a visionary who, back in 1974, left Milan for Radda, settling on a farm that was a gamble. He replanted all the vines and completely renovated the cellar, which was in a state of disrepair. Roberto therefore found himself with a heritage of forty-year-old vines just outside the centre of Radda, and transformed it into a jewel of Chianti wine. The six hectares of vines, on stony marly-calcareous soil rich in skeleton and marl, lie at an altitude of between 430 and 490 metres above sea level.

Still waiting for international consecration, the wines of Val delle Corti obtain every year the most flattering results in Italian national guides. Both Slow Wine and the Gambero Rosso guide recognise Roberto Bianchi's uncompromising typicality and stylistic clarity, which unfortunately is not always unanimous in Chianti Classico. His wines have an essential and linear style, straightforward, which exalts a sometimes neglected aspect of Chianti Sangiovese: drinkability, agility, and in this sense modernity. Yet we are in a traditional winery, where large barrels and, of course, native grapes prevail.

The typical products are therefore Chianti Classico DOCG. The vintage rests for a good two years in large 20- and 30-hectolitre oak casks after a long maceration period of four months for 30% of the mass. The Riserva, on the other hand, also rests for two years but in small barrels and old tonneaux. Absolutely not to be missed are the Straniero, the only concession to the international style (a blend of Sangiovese and Merlot that rests for a year and a half in steel), and the Rosé Scuro, made only from Sangiovese using the "salasso" method, which is surprising for its balance between structure and drinkability. 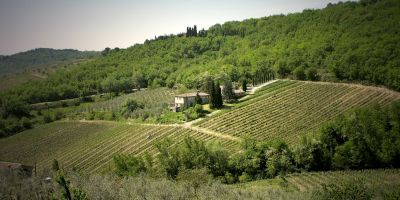