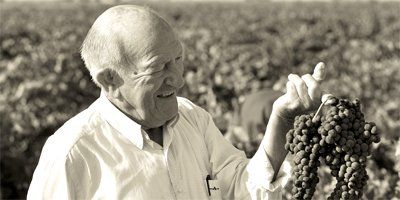 Alejandro Fernández has been intrinsically linked to vine-growing in the Ribera del Duero region for nearly 40 years, following in his father's footsteps and the family tradition. When his first 'Tinto'...

Alejandro Fernández has been intrinsically linked to vine-growing in the Ribera del Duero region for nearly 40 years, following in his father's footsteps and the family tradition. When his first 'Tinto' was released in 1975, he had fulfilled his ambition, perhaps unwittingly then, to produce a great wine. This is the original, his flagship winery, which helped to secure the successful fortunes of a nascent wine-producing DO, where the Tempranillo grape variety has always reigned supreme. His years of hard effort and experience have resulted in a path strewn with numerous awards and international success, as a reward for his excellent quality wines, with personal recognition as a top Spanish producer by the prestigious American critic, Robert Parker.

He was in the right place at a crucial time: in 1982 the Denomination was created, with about 30 wineries (now around 250), and by then he was already making his mark as a competent wine-producer. This was no easy task, with Rioja up the road producing a steady flow of acclaimed wines and the Ribera a virtual unknown, apart from its pale red 'claretes'. In those early years, Alejandro Fernández was instrumental in placing the region firmly on Spain's wine-making map, taking his single varietal Tempranillo wines beyond the banks of the Duero and bringing them to the attention of consumers world-wide and to other winemakers eager to emulate.

His Pesquera wines have developed a style of their own, but the essentials remain the same: the grapes must always be treated with respect, chosen carefully and harvested at the right point of ripeness; the fruit should be predominant and not overshadowed by oak-ageing, thereby allowing the wines to gain in complexity and acquire nuances over time, and retain their inherent character. 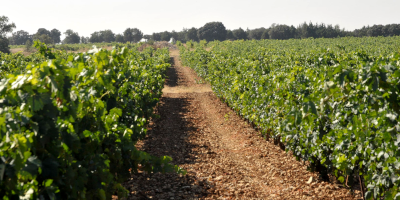