Bodegas “El Lagar de Isilla” started up in 1995 after undertaking the ambitious project of restoring the historic 15th Century wine cellar in Aranda de Duero. This ancient bodega consists of a series of underground corridors and galleries, dug out beneath the town's old quarter, with a flight of 59 steps descending 12 metres below street-level to where the temperature remains between 12 and 14ºC and humidity is constant at 85%. Wines are still stored down there, handy for the restaurant up above and the popular bar housing a huge wine-press (lagar), while an exhibition reveals much about the history of wine production methods used locally up until recent times.

The actual winery, where wine production takes place nowadays, is located in the small town of La Vid, about 18 km outside Aranda de Duero in the province of Burgos, in a colonial-style country house dating back to 1890.

There are 40 hectares of vineyards, comprising 30 planted with younger vines and 10 of old vines (60-90 years old). The vineyards lie within the municipal districts of La Vid and San Juan del Monte, at an altitude of 828 to 848 metres, on poor soils composed of gravel, clay and sand. Tempranillo is the main variety grown, although three hectares are allocated to Cabernet Sauvignon, one hectare to Merlot, and half a hectare has been set aside as an experimental vineyard for growing twelve different grape varieties. 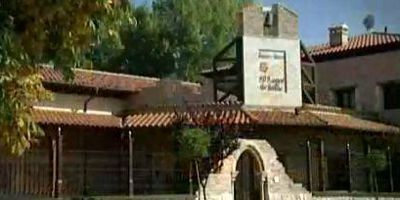 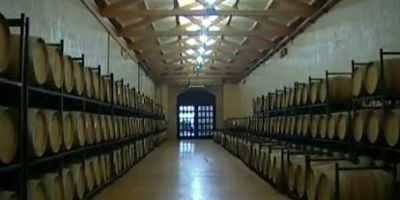