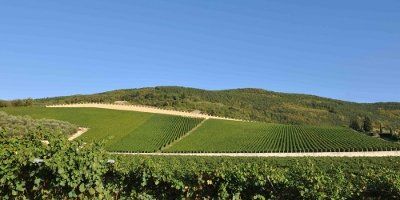 In the late seventies, at the age twenty-two, Romano met Giuseppe Quintarelli, the legendary 'Bepi' father of the Amarone, and it was a revelation. From a simple farming family working in agriculture...

In the late seventies, at the age twenty-two, Romano met Giuseppe Quintarelli, the legendary 'Bepi' father of the Amarone, and it was a revelation. From a simple farming family working in agriculture crops in Illas Valley, an area considered by Bepi as anything but classic in the Valpolicella area, for him it meant undertaking a seemingly impossible challenge: to produce, in that area, a memorable and exemplary Amarone.

In these rocky lands, even before the new clayey-calcareous and skeletal vineyards acquired later, Dal Forno started to invest, at a huge risk, in the great typical wines of Valpolicella. Within only a few years he had built up the status of the cellar-symbol of the region, strongly innovative but at the same time solidly linked to his family roots.

The very costly redevelopment of the vineyards and modernisation of the cellar, including the refinement of grape-drying techniques, led Romano to embark on a series of innovations that literally revolutionised the interpretation of the wines of the territory. Apart from the use of new barriques, the true symbol of the Winery's factory, Dal Forno was responsible for reinterpreting the Valpolicella as a wine of great personality and texture, rich, soft and broad, not bound to simple and only convivial pairings.

The range is dry and concentrated with products of uncompromising excellence. The great Amarone, of unusual and explosive power on the palate but also on the nose, soon becomes an ethereal and spicy revelation on a background of cocoa, peat, tobacco and liquorice. From vineyards which because of the business philosophy are younger, it dries for three months and aged in barrique for three years.

Half drying, but the same period of ageing for Valpolicella, the remarkable son of historic vineyards, which plays with fragrances of black cherry, spices and tobacco to open up into a silky and powerful but crisp, full but cool palate.

From grapes dried until Christmas, aged three years in barrique and two in bottles, Vigna Serè is Dal Forno's Recioto. Dense and opulent, elegant and silky in its balanced sweetness, it is the peak of the winery's production, produced only in historic vintages: exclusive but unmissable. 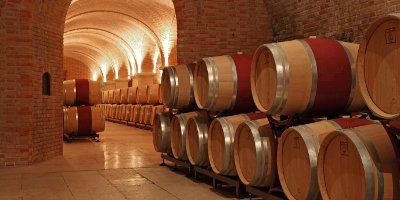