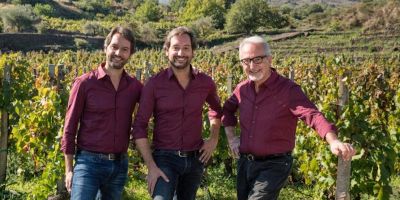 Benanti, since its refounding in 1988, is one of the most esteemed, renowned and prestigious producers of Etna. Thanks to meticulous and careful work both in the vineyard and in the cellar, and to the...

Benanti, since its refounding in 1988, is one of the most esteemed, renowned and prestigious producers of Etna. Thanks to meticulous and careful work both in the vineyard and in the cellar, and to the family management of a history whose historical epicentre is on the eastern side of the volcano. After the patriarch Giuseppe, one of the people with the profoundest knowledge of the territory, today at the helm of the winery are his sons Antonio and Salvino, who have been able to combine oenological expertise, diversification of the cru, and communication savoir fair.

Benanti wines are "without shortcuts for quality", and they interpret the volcano without compromise: sometimes even extreme minerality, therefore, which transport us ideally into every cru, from rock to rock, from volcanic material to volcanic material with elegance and refinement. Settled in the Etnean wine scene since the beginning of the eighteenth century, the family today cultivates vines that brilliantly surpass their century-old age, often ungrafted vines, authentic narrators of the territory in all its nuances.

Emotional, extreme, tense, mineral, sumptuous, the wine of Benanti's history is the Etna Bianco Pietramarina. From the vineyard of Contrada Rinazzo, on the eastern side of Etna, bush-vines of about ninety years old exposed to the sea, the wind, the extreme day/night temperature variations. A carricante vine that for complexity and longevity could easily be placed among the best in the world. It expresses notes of orange blossom, aromatic herbs, white fruits, flint, gunpowder, with a soft flavour, yes, but when young it is biting, fresh, with citrine puffs, however sapid, very sapid, and incredibly persistent. Two years in steel and one in the bottle. A cerebral wine? Yes, and it’s just what we need!

From the northern side, the Benanti great red is the Rovittello, enveloping, generous, crisp, tannic, mineral and therefore balanced. Typicity, elegance, character, longevity: even the reds brilliantly express Benanti's four cornerstones. And by the way, as a sign of inexhaustible research, there is the Serra della Contessa, mascalese mainly from a small pre-fillosseric plot: emotions to the nth power for a sip, here, even more austere, rigorous, vertical.

The results of the "base" wines are always sensational, from the contrade - Rinazzo and Cavaliere for whites, Dafara Galluzzo, Monte Serra, Cavaliere for reds - to the traditional, fresh and easy-to-drink but complex, in short, perhaps the most authentic expression of the volcano in its multifaceted symphony of voices. 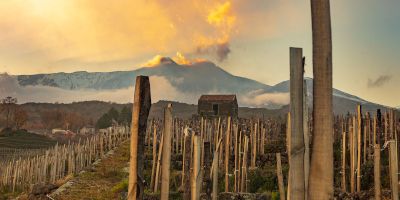