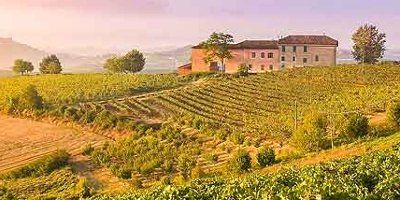 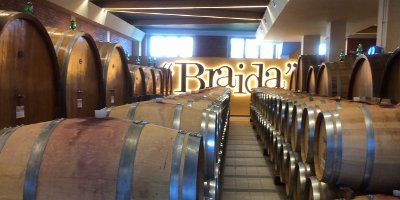 The story of Braida and Giacomo Bologna coincides with that of Barbera and its total revaluation. Today the winery is run by Giacomo's children, Beppe and Raffaella, who have inherited the legacy of one of the greatest pioneers of Italian wine, not only Piedmontese.

Braida was the nickname of Giacomo's father, and now it is the name with which the family identifies itself. The family has made Barbera one of the great protagonists of Italian red wine. Giacomo's intuition was to enhance an already consolidated heritage by treating Barbera as a great wine, then subjecting it to masterful refinement in wood, especially small ones.

A modern Barbera, therefore, but one that does not break with tradition at all. Firstly, because of the respect of the territory, that Monferrato in Asti with Rocchetta Tanaro as the vine’s epicentre and in general of the local viticulture. And, on the other side, because Braida's catalogue still includes traditional wines, naturally bottled with all the family savoir faire: at the apex we have, Monella, a classic wine of the territory, immediate, ready to drink, sparkling. This was and still is the Barbera table wine, simple and pungent, with all its natural acidity at the forefront, exactly as it was vinified by the grandparents.

Acidity and fruit are completely in the Braida style, including in the Barbera for ageing, firm and sumptuous. This is demonstrated by Montebruna, which, after a year of large barrel, is vivid and fresh, satisfying and appetizing on the palate. And of course Bricco dell'Uccellone, themasterpiece: perhaps the greatest expression of the Barbera in absolute, twelve months in barrique, with its striking warmth and softness, with a nose of extraordinary breadth and elegance. Even more pulpy in Bricco della Bigotta, 18 months in barrique, and in the top-wine Ai Suma, from over-ripened grapes.

Among the native non-Barberas, everyone likes Brachetto d'Acqui, incredibly fine and elegant in its simple and appetizing sweetness, and Grignolino Limonte, a drinkable wine with sweet tannin and crunchy palate.