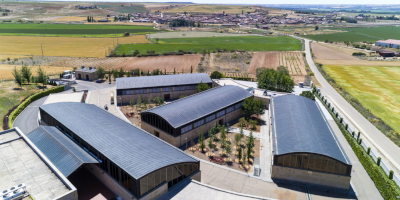 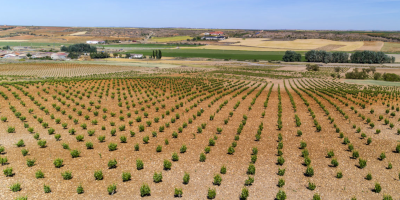 Around the time of releasing the Alión winery's first vintage in 1995, Vega Sicilia was contemplating a new project that lay further afield, but close to the line of the River Duero. Toro in Zamora province presented itself as an interesting prospect, since it had a centuries-long tradition of wine-making that included some glorious spells, although then it went generally unnoticed.

Recognising the region's potential, the venture began in 1997 after the purchase of 70 ha located in different areas, with the total rising to 106 ha by 2000, of land nurturing 25-50 year-old vineyards.

Their in-depth study into how to define and make a high quality Toro wine with a modern personality lasted for 4 years. With previous experience confined to the Ribera del Duero, factors had to be considered, such as Toro's hotter climate and complete grape ripening with the risk of high alcohol content. The main focus was to create elegance from the fruit of the grapes by processing and ageing with the utmost care. As a result, the first vintage to be bottled commercially was released for sale in 2004, with 40,000 bottles originating from the 2001 harvest. A figure well over 250,000 bottles is expected nowadays for harvests, which can be taken as a measure of this winery's successful attempts to refine and tame the powerful wines made from the Tinta de Toro (indigenous Tempranillo) variety. Superbly up-to-date wine-making installations and meticulous vineyard management have played their part, overseen by the company oenologist, Xavier Ausás.