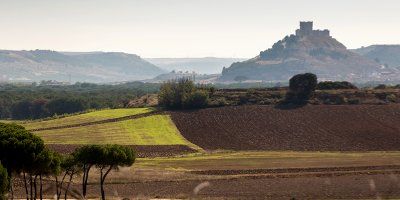 This winery was acquired in 1992 by the owners of Vega Sicilia, the Álvarez family, for the purpose of creating a Ribera del Duero wine that was distinct and independent from the flagship brand. Different...

This winery was acquired in 1992 by the owners of Vega Sicilia, the Álvarez family, for the purpose of creating a Ribera del Duero wine that was distinct and independent from the flagship brand. Different in that it is exclusively produced from Tinto Fino(the Ribera's Tempranillo) grapes, it has its own identity and is a less expensive, more widely available alternative to Vega Sicilia's Único and Valbuena wines.

It was never intended to be considered as their second wine, and Alión stands as a high quality, well-regarded wine in its own right.

Land in the Peñafiel vicinity had already been bought and planted with Tinto Fino vines, so the virtually new wine-making facilities and installations of this winery, founded in 1990, were an obvious attraction. Due to the timing of the acquisition, the harvest of 1991 was the first vintage to be released, in 1995, after ageing in Vega Sicilia's own cellars. It was an instant success and appeared in the American magazine Wine Spectator's prestigious list of 100 best wines for that year.

The climate and soils in this area contribute to the grapes' fine, ripe tannins and define the wine's personality. Despite late spring and early autumn frosts, along with possible hailstorms even in summer, the vines thrive by digging their roots deep into the well-drained loamy soils that provide good water retention. Moisture-filled mists alongside the River Duero offer an additional source of humidity, while plentiful sunshine and low rainfall help to maintain the balance in these varied growing conditions, where long hot summer days are followed by huge dips in the nightly temperatures.

The Alión Reserva is a modern-style wine with traditional roots, deeply-coloured, firmly-structured, revealing the characteristics of its terroir through meticulous vinification, and with particular consideration paid to the ageing process and time spent in bottle. 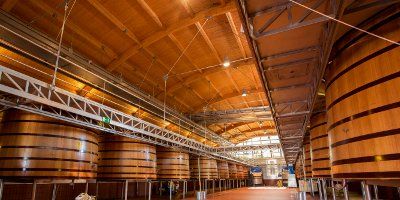