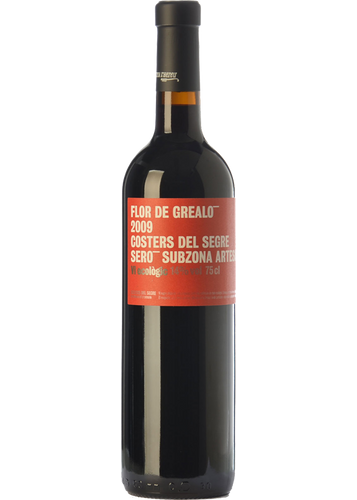 Vinya l'Hereu has surprised everybody at home and abroad with its organic wines from new vines in the Costers del Segre, a Denomination of Origin where just a few wines traditionally monopolise the market.

A coupage of foreign varieties, this Flor de Grealó expresses extremely well the special features of the terroir from which it emanates.

NOTE: Decanting is recommended half an hour before serving.

Deep garnet in colour, this wine has an intense mature aroma on the nose, of black fruit preserve on a toasty oak background and with floral touches. On the palate it is meaty, with a marked tannin structure, and noticeably spicy.