Gin Magellan · Buy it for £37.15 at Vinissimus
Free delivery over £200
France/Gin Magellan 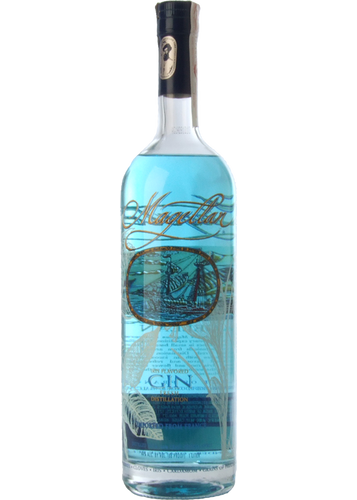 Produced in France by the Angeac Distillery, its name pays tribute to Fernando de Magallanes, who circumnavigated the world in search of spices.

Magellan Gin owes its blue colour to iris root which figures among its 11 botanicals. In the production process, after fermentation of the wheat, a crafted triple distillation takes place, followed by the addition of the 11 botanicals (juniper, cloves, iris, Ethiopian pepper, liquorice, cinnamon, cardamom, orange peel, cassia, coriander and nutmeg), and finally ending with a fourth distillation.