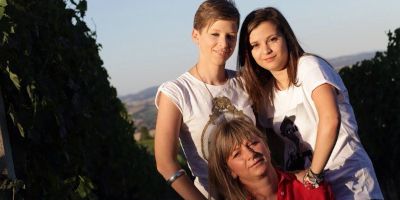 In Montalcino, and in the world of Italian wine in general, someone like Patrizia Cencioni, if she didn't exist, would have to be invented. To say that hers is a female company would...

In Montalcino, and in the world of Italian wine in general, someone like Patrizia Cencioni, if she didn't exist, would have to be invented. To say that hers is a female company would be reductive: we would only be capturing a small part of the enthusiasm, creativity and hard work that underpin the history of Solaria. The winery was founded in the 1980s, but has an even longer history, given that Patrizia's grandfather, Giuseppe, was one of the founders of the Consorzio del Brunello di Montalcino in the 1950s.

Sun, maturation, care of the grapes and an infinite wealth of ideas are the key words of the Solaria style. But this is a Brunello that is born above all from the teamwork of a family that gets its hands dirty with the land, from A to Z. Patrizia has staked everything on vineyards located in the south-east quadrant of the DOCG, along a natural plateau 300 metres above sea level, sheltered from the cold east winds by Monte Amiata and from the north winds by the Montalcino hill.

We are therefore talking about a rare, exclusive microclimate, which together with the soil gives the Sangiovese body and depth, as well as its proverbial acidity. The vineyard, about 10 hectares in total, is cultivated with absolute respect for biodiversity. The cellar has been modernised and is also used as a reception, with low environmental impact. Patrizia's daughters Annalisa and Arianna and her husband Giampiero also work there.

After the sudden death of her father Franco, Patrizia, just 19 years old, took over Solaria, bottling her first label in 1993. Leaving behind her adolescent dreams for an entirely manual winemaking project was her winning gamble. Today Patrizia is considered a symbolic figure in Montalcino, a reliable, constant and aware producer. 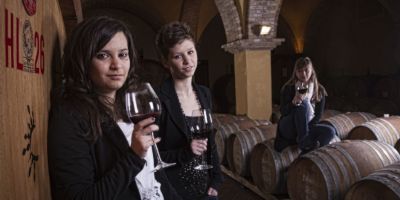