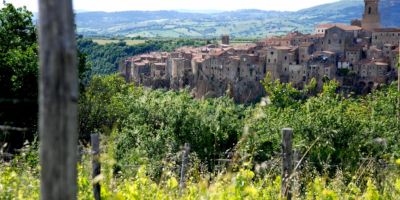 The area of ​​Sovana and Pitigliano is certainly not among the best known of the Maremma of wine. And that’s not good. Because here, between tufa rock faces and volcanic soils, nestles one of the best...

The area of ​​Sovana and Pitigliano is certainly not among the best known of the Maremma of wine. And that’s not good. Because here, between tufa rock faces and volcanic soils, nestles one of the best areas of this wild and historic corner of Tuscany. Edoardo Ventimiglia and Carla Benini were among the first people to understand the enormous potential of this territory, founding in 1990 the Sassotondo wine project, which today is a solid winery for those searching for genuine, territorial and sincere wines.

Edoardo and Carla have carefully analysed all the tiniest nuances of their estate, enhancing in an exemplary way not only the relationship between plant and soil, but also the eco-sustainability of the crops, which today are organically certified with biodynamic interventions. At the same time, they gradually reduced the concentration of the wines, using to a greater extent large barrels, with the intention of producing a straightforward, pure and characteristic style.

The wines consistently express absolute quality. The flagship of Sassotondo is the Ciliegiolo, which in its simplest, and most typical, version, expresses abundant fragrance, crispiness and drinkability. The most opulent version of the Ciliegiolo di Sovana is called San Lorenzo, which is the splendid cru of a winery that has chosen to focus everything on the unjustly considered minor native. Even after more than two years of wood, it remains a snappy and dynamic wine, but with a touch of such elegance and flavour that you are not surprised by the impressive awards obtained.

In addition to an experimental, and already splendid, Ciliegiolo in amphora, called Poggio Pinzo, the rest of the production focuses on the great white of the area: Isolina. A white Pitigliano DOC wine, it is ample, sapid, mineral and has an enveloping persistence. An incredibly multifaceted white. Do not underestimate the grape varieties with international varieties, now typical of Maremma: the Tufo Rosso is crisp, full-bodied and convincing, while the Tufo Bianco is more immediate and drinkable. 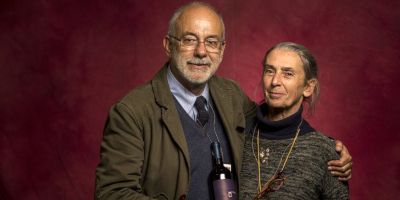