Wine from Penfolds · Vinissimus
Up to 25% off sparkling wines!
Wineries/Penfolds 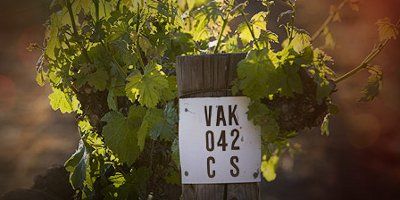 Penfolds is an undeniable reference point in the wine world and a true flagship in Australia, where it has been one of the main driving forces behind the growing good reputation of the country's...

Penfolds is an undeniable reference point in the wine world and a true flagship in Australia, where it has been one of the main driving forces behind the growing good reputation of the country's wines.

Englishman Dr. Christopher Rawson Penfold and his wife Mary bought the Magill Estate in 1844, soon after arriving in Australia. The 500 acres of Grenache were used to start making fortified wines which would be prescribed as a remedy for combating anaemia. In 1870, the couple purchased the Grange vineyard and they began producing reds and whites in addition to their fortified wines; and a few decades afterwards, Penfolds was managing to produce half of Australia's total production. Many years later, in 1945, the winery would acquire a new parcel: the huge Kalimna vineyard in the Barossa Valley.

In 1951, after having visited the Bordeaux region, Max Schubert, who was the winery's technical director at the time, embarked upon the creation of a wine which would combine concentration, balance and longevity. This was the start of Grange, the wine which in 1995 the critic Robert Parker was to describe as "a leading candidate for the richest, most concentrated dry table wine on planet earth". This evaluation undoubtedly brought the winery international acclaim. Apart from Grange, the winery was beginning to add new wines to its production lines and these too were earning themselves excellent ratings: the 1960s saw the launching of the renowned Penfolds Bin range: Bin 389, Bin 707, Bin 28 and Bin 128; in 1976 the first vintage of Koonunga Hill appeared; this was also in addition to the earlier, fortified Tawny wines.

Penfolds bases the excellence of its wines on the blending of different varieties and regions (its grape supplies come from more than 220 vineyards), but besides this, on the creativity and experimentation of its winemakers. They have all left their mark on the winery's history: production of the emblematic Grange was due to Max Schubert, and after 1976 Don Ditter consolidated the success of the Cabernet Sauvignon wines; John Duval is accredited with bringing opulence and balance to Penfold wines in the late 1980s; and since 2002, Peter Gago has been responsible for maintaining the company's robust reputation and for ensuring that Penfolds wines remain highly regarded by all keen admirers of fine wine. 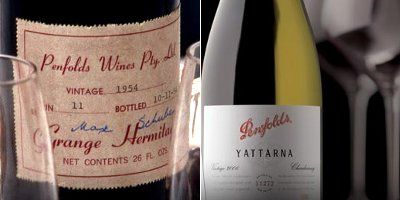