José Antonio García began winemaking in 2010, following in the family tradition and making a firm commitment to the Mencia variety. Grandson of Santos García, a well-known wine-grower from Valtuille de Abajo, José Antonio returned to these lands after a time working professionally in the world of cuisine and hospitality. As a huge fan of Bierzo and its star grape, he has based his project on the importance of conserving small-scale vine growing and small estates as he believes that it is precisely here where you can find the unique features to create original wines. Altogether he works with six hectares of vines, some of which are up to 100 years old, shared among 75 different plots which his grandfather used to work and another four vineyards belonging to small-scale local vine-growers.

Committed to organic winegrowing and respect for the environment, José Antonio uses traditional artisanal methods and a selection of the best French barrels to create wines which transmit the essence of Mencia grapes and their qualities: expressiveness, fruit, freshness and elegance. They do not use systemic fungicides and, come harvest-time, they collect grapes early in the morning and leave fermentation in the hands of wild yeast. When he started out, José Antonio used the winemaking installations of Raúl Pérez, a mythical figure in Bierzo wine, but over the years he became independent and now runs his small family-based winery from the ground floor of his own home. His wines are limited-production delicate treasures, the perfect representation of the incomparable character of small-scale wine production — winemakers who take the utmost care of their vines, and are personally in charge of the whole production process, from the grape to the glass. 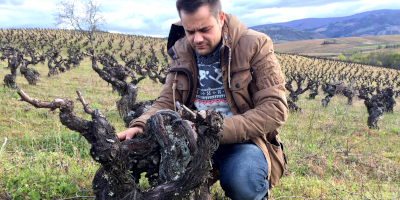 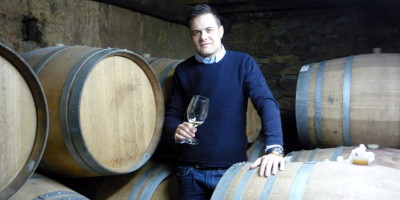