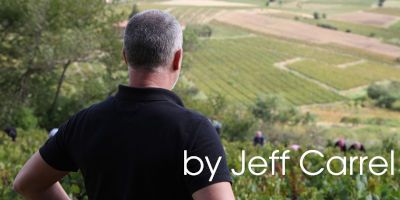 Despite not having a family background in the world of winemaking, Jeff Carrel's intense passion for wine led to him making a dramatic change to his life in 1991, giving up everything to devote himself...

Le Grenache Under My Skin 2018

Despite not having a family background in the world of winemaking, Jeff Carrel's intense passion for wine led to him making a dramatic change to his life in 1991, giving up everything to devote himself to his true love. He took up oenology studies and travelled around working for different French wineries in regions like the Loire, Alsace, and Languedoc. Finally, with just his backpack as his companion, he arrived in Roussillon where he started to set up his personal wine-making project. At present, as well as producing his own wines, he also advises other wineries and vignerons in regions such as Bordeaux, Beaujolais, Burgundy, or even Priorat in Spain.

Jeff contemplated the possibility of building a new winery in Côtes du Roussillon–Languedoc but he realized this would be an expensive project and also that it wouldn't really fit in with his work philosophy. Eventually he opted to renovate an old winery he had discovered, transforming it into a special workplace where he can create wines with complete freedom. It was in the mountainous region of Corbières, with its own place in the history of French wine, where he came across this old domaine which caught his imagination. Trying to adapt the cellar building, constructed back in 1857, to be able to house 30 new stainless steel deposits was an unenviable task but worth the effort. The Maison Carrel winery was finally completed and up and running in 2017. Located in Saint-Laurent de la Cabrerisse, a wonderful village between the sea and the mountains, it has provided the perfect home for Jeff and his team to let their imagination fly. Their wines have become known and admired all around the world in the short time they've been working here — wines which seduce anyone who tries them! 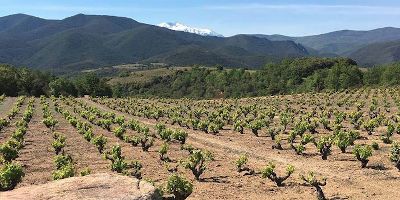