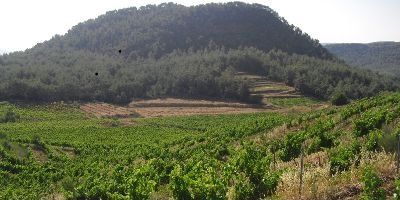 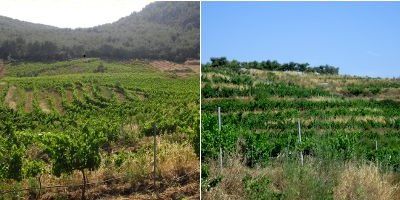 Estones Vins is a micro-vinification project which began as a form of ‘amusement’ for two friends who shared the same approach to wine: Salvi Moliner, winemaker at Oriol Rossell, and sommelier Sergi Montalà.

They could both count on extensive experience in the wine world and, passionate about their profession, they longed to be able to have their own wines. Thus the project started with their first wine, Secret de Mas Sersal, which soon had its name changed to Estones, and a short time later would be followed by another two, or rather three: Estones de Mishima, Petites Estones and some special magnum bottles under the name of Terces.

They found the quality vineyards they were looking for in the Montsant region, on two estates: the Aiguasals estate, a parcel of around 10 hectares on sloping ground, in an area bordering the Priorat and planted with Garnacha and Syrah vines on llicorella (slate) soil, especially higher up; and in the municipal district of Els Guiamets they came across an estate of less than a hectare, with old Cariñena grapevines (over 50 years old). To make the wine, they set up production in Falset’s former discotheque, a conversion which houses equipment and facilities now shared by three wineries.

Estones Vins seeks to offer balanced wines, in which the fruit always prevails over the wood; to achieve this, they use first and second year French oak barrels from different sources. These are wines always to have at hand – fruit-forward, expressive and most delightful.