Christopher Cannan is particularly well-known for his business activities as a wine merchant. The company he founded in 1997, Europvin, is based in Bordeaux and distributes, among others, wines of some of the most prestigious producers in Spain, France, Italy, Portugal and Hungary, especially in the American and Asian markets.

Since 1997, he also figures as one of the great winemakers of the Priorat and Montsant regions. In Priorat, his winery Clos Figueras is located in Gratallops, where he set up on the recommendation of his good friend René Barbier; while in Montsant, he owns Spectacle Vins, the only winery in this region which has so far achieved 99 points in Robert Parker's list, and which is an estate he shares with René Barbier and Fernando Zamora.

Today, the oenologist in charge of wine-making is Jaume Pujol, under the guidance of Alain Graillot, one of the best winemakers to be found in the Rhône. 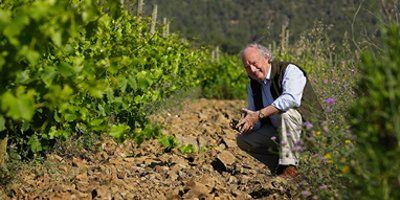