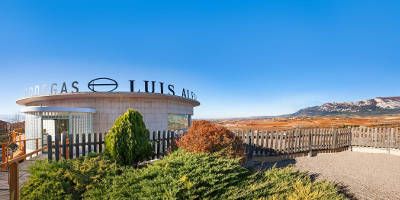 Following its founding in 1968, Bodegas Luis Alegre at first focused on the production of young wines and crianza wines which are not only still being produced but have improved to the...

Following its founding in 1968, Bodegas Luis Alegre at first focused on the production of young wines and crianza wines which are not only still being produced but have improved to the point they are now considered among the best in Spain in their range: Carbonic Maceration, Rosé, White, and Crianza Limited Edition. Under the guidance of Alex Simó, in 1999 the winery started a new project researching the soil-types and micro-climates of some of their more unique vineyards for ten years with the aim of preparing a new range of wines. The results were first available in 2010 with the first bottles of their Great Wines from Small Single Vineyards collection: Parcela Nº5, Finca La Reñana Selección, the barrel-fermented Finca la Reñana Blanco, Pontac, and Pontac de Portiles. Wines which undoubtedly deserve their place among the very best D.O.C Rioja wines.

With over 50 years of winemaking experience, the winery currently owns 52 hectares of vines sheltered by the Sierra de Cantabria mountains in Rioja Alavesa. Spread among the small towns of Laguardia, Labastida, El Villar and Torremontalbo, their organically-farmed plots receive the utmost care and attention, with special attention paid to the diversity of soil types. This care for every detail of their work goes beyond their vineyards and the style and tradition of their winemaking, with Alex Simó using his experience working at different French barrel-makers to found what is now one of the most prestigious barrel manufacturers in Spain. He chooses the oak himself from French and Missouri forests before taking it to the best barrel-makers in the world. The result is that Luis Alegre wines are easily recognisable wines; perfectly-balanced with aromas of top-quality wood, and wonderfully mature and integrated tannins, they exude exquisite elegance. 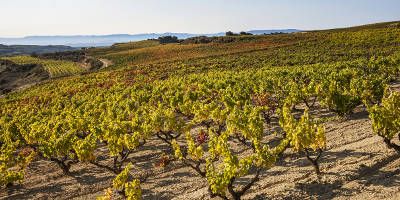