Arianna Occhipinti is a young, determined and charismatic Sicilian who, starting with her degree in oenology, decided to dedicate herself to what she loves most: her land, her vineyards, her wine. The land extends in the heart of the Cerasuolo di Vittoria area, in the Monte Iblei scenario, in the Fossa di Lupo and Piraino districts. They are very ancient lands, where the frappato di Vittoria and the Nero d'Avola originated.

Arianna's biggest challenge is to understand the needs of the land, without disturbing its future or changing its appearance, trying to gather what it can offer. The rigour and harmony of Nero d'Avola derive from the mineral terroir, the sea air and the drought that characterise this part of Sicily. And also the freshness and elegance of frappato, which Arianna has contributed decisively to rediscover, derive from nothing else but grapes.

These wines carry with them the characteristics and stories of their land, which Arianna loves, and which she is committed to preserving and safeguarding, using conscious and sustainable cultivation techniques. Old vineyards that produce wines with a clear and sincere style. In the single varieties, what stands out are the Nero d'Avola Siccagno, which is broad, persistent and beautifully spicy, and the Frappato, perhaps Arianna's great wine, austere, subtle, terse and mineral, almost a Pinot Nero di Vittoria.

Apart from the magical Cerasuolo di Vittoria, a blend of Nero d'Avola and Frappato aged in large barrels, which is intense, fruity, and elegant, the blend of the same grapes produces the crunchy, young and typical SP68 Rosso, versatile, immediate and delicate. The SP68 Bianco is instead an original, snappy and dynamic blend of zibibbio and albanello, a native variety rediscovered by Arianna. 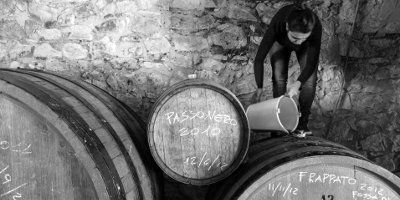 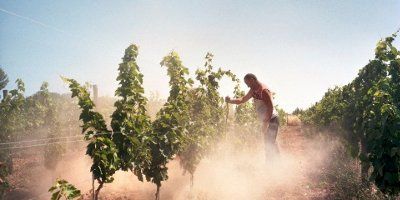